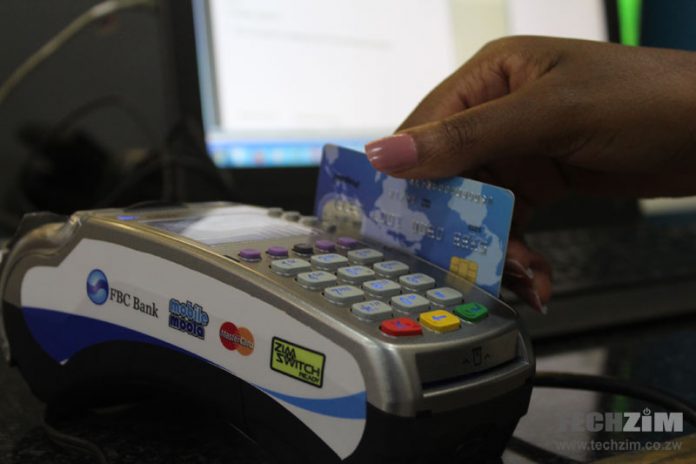 As Nigerians continue to lament over the recent imposition of ‘N50 stamp duty’ charge on every Point of Sales (PoS) transaction above N1, 000, some economic and public affairs analysts in the country at the weekend said the charge could derail the cashless policy of the Federal Government.

The extra charge on customer’s transaction followed a CBN’s directive to banks to charge N50 Stamp Duty on individual transactions, rather than merchants’ accounts.

Many filling stations and supermarkets are already adding the new fee to the customer’s purchases.

To avoid dispute with its customers, filling stations have pasted notices on their pumps.

In a notice to its customers, a filling station official said: “N50 Stamp Duty Charge on PoS Transactions. Following the CBN directive of September 17, 2019 to charge applicable taxes and duties on individual electronic transactions, all Rain Oil Retail Stations shall henceforth charge N50 extra on all PoS transactions from N1, 000.”

A visit to ShopRite Apapa in Lagos showed that more customers made cash payments instead of transaction via PoS terminals.

The same situation played out at Jus Rite Jakande Estate, Isolo Lagos. One of the officials, who preferred anonymity, said: “Most people today (Friday) made payments via cash. They said they can’t part with additional N50 charge.”

Before now, the fee paid by merchants on the aggregate PoS transactions carried out on a particular period, was never passed to customers.

The directive on the Unbundling of Merchant Settlement Amounts was contained in the CBN circular to banks, processors and switches, titled: “Review of Process for Merchants Collections on Electronic Transactions”.

The policy stipulates stamp duties payment on individual transactions that occur on PoS, rather than previous plans where charges occurred on aggregate transactions.

Speaking with the Sunday Telegraph on the Central Bank of Nigeria’s involvement in this stamp duty charges collection, the Director, Corporate Communications, CBN, Mr. Isaac Okoroafor, said the charge is not a Central Bank charge.

“It is a Nigerian Postal Services (NIPOST) charge, not a CBN charge. Our involvement in it is as directed by the Court that we should play our statutory role in the implementation of the law. It is a law,” he stressed.

Against the backdrop of the new charge, PoS agents and operators have continued to protest the introduction of the charge, saying they are losing customers as a result.

They said the volume of electronic payments carried out daily had reduced drastically as a result of the new policy.

The operators under the aegis of Association of Mobile Money and Bank Agents in Nigeria (AMMBA), said bank customers who had been enjoying cashless transaction since the roll-out of agent banking had resorted to across-the-counter cash withdrawals.

It was gathered that some customers had started using ATM as an alternative means of cashing out, which they found to be more cost-effective.

Sunday Telegraph investigation revealed that many filling stations in Lagos State have notified their customers of the N50 stamp duty charges on payment above N1, 000 on the PoS terminals and web platforms, even as most of them have started implementing it.

However, most supermarkets in Lagos are yet to start implementing it as their managements told Sunday Telegraph that their fear is that it would affect patronage.

A mobile money operator with agents in five locations in Lagos and Imo and Enugu and Abia states, Mr. Chidi Maduforo, said before the new policy by the CBN, he conducted between 2000 and 4000 transactions daily across the four locations.

But with the introduction of N50 stamp duty on individual payments, he said the volume of payment deals had reduced to between 1,000 and 1,500 daily.

According to him, customers have gone back to using cost-effective cash-out methods such as the ATMs and across-the-counter withdrawals.

He called for the reversal of the policy, saying the cost of financial services was becoming too burdensome and would affect the financial inclusion mandate of the Central Bank.

Olojo said, “It has grossly affected transactions. People now prefer to go back to the Automated Teller Machines rather than the PoS because of the charges.

“It is a big issue for us and we feel that the government needs to listen. That policy should be reversed. We have written a letter of protest to the CBN and other relevant stakeholders. We feel that the policy is anti-people because it is the same government that is driving financial inclusion that is also imposing this tax that is affecting those at the base of the pyramid.”

President of the Bank Customers Association of Nigeria (BCAN), Dr ‘Uju Ogbunka, had stated in a chat with Sunday Telegraph that the reintroduction of the stamp duty charge on PoS transactions above N1,000 would force customers who have already taken to cashless transaction to go back to use of cash.

He said the policy will enhance CBN revenue; it will discourage people from embracing the cashless policy.

He said: “The implementation of these charges in Nigeria is capable of weakening the financial inclusion drive and financial development goal as a whole especially within the environmental sphere of business activities which point to enormous size of informal market.”

Ogubunka said: “The move is a two- edged sword. While it is intended to enhance revenue, it will deal a deadly blow on the cashless policy, it could also deter savings. Why should people be charged N50 for every purchase they make on PoS? People are not happy with the charge.”

Meanwhile, many Nigerians have continued to shun transactions via PoS terminals; owing to the implementation of a N50 additional charge by merchants, as directed by the Central Bank in collaboration with the Nigeria Inter- Bank Settlement System (NIBSS) on behalf of NIPOST.

Customers, who previously cheered CBN’s decision to infuse the PoS policy, saying it would eliminate the risk of carrying cash and reduce the cost of printing Naira notes, have criticised the move to collect stamp duty charges on PoS transactions.

It must also be mentioned that other payment channels, including the Automated Teller Machines (ATMs), Instant Transfers, Online Banking, and Mobile Banking are still seriously challenged. Already, financial transactions are replete with all manners of charges by the banks and merchants, even when services are not delivered as and when due.

According to the CBN 2017 to 2019 Banking Guide, Nigerians, especially bank customers are made to face several charges by the financial institutions. These include N52.50 monthly card maintenance fee; N65 after third withdrawal in ATM interbank fees. Most times, banks remove the N65 at the first and subsequent withdrawals.

The banks still deduct N4 for SMS alerts, including unsolicited ones for birthday wishes, national and international day celebrations and operational updates. There is also N52 deduction in electronic transfer service. Banks also collect as much as N4,000 as fee for hardware token and N4 for one-time pin (OTP) SMS charge as well as N20 per page of a Statement of Account, among others.

While all these are imposed, then comes the N50 stamp duty charge on Nigerians, who use the PoS terminals.

According to the President, Association of Telecoms Companies of Nigeria (ATCON), Olusola Teniola, there should be an urgent stakeholders meeting that will include the CPC, CBN, legislators, civic society, NCC, and Ministry of Communications and Digital Economy. Also to attend the meeting is other wider stakeholders – banks, telecom and service providers, and consumers to address the charges being applied by the banks and ratify the best approach to addressing the infrastructural deficit vis-a-vis the cashless policy objectives.

Confirming the drop in PoS transactions in a telephone chat the Managing Director, ITEX Integrated Services, a CBN licensed Super-Agent, Ernest Uduje, while commending the apex bank in the drive to improve financial inclusion in the country, insisted that “this N50 charge is ill-timed.”

According to him, transactions through PoS have dropped within the last few weeks.

“In a nutshell, I think it is affecting transactions negatively, because now most businesses like filling stations, if you go there now, they will show you their prices, and they will say they will charge you N50 extra. Then, in some places they will tell you go and bring cash, they are not interested because they don’t know other charges that will follow.

“I don’t know why government is focusing on PoS alone because there are other platforms, the ATMs, and others. If they are looking at driving cashless, this is not a time to add additional fees. Already, merchants are suffering lots of other taxes directly and indirectly, then another N50. The merchant would just abandon the process and collect cash.

“I still mentioned it to them at a function that government has reduced what we can charge. In other countries, they charge two to five per cent per transaction, depending on what you are doing. On our own, we came together and said we should do 1.75 per cent to encourage the market. But when CBN got into the entire process, they said go and start at 2.75; we will allow you to increase later on. Rather than increase it, they reduced it, and now charging N50.

“This means that on one hand you say you are encouraging people, you bring down to .5, to drive the numbers, but again you have added N50 as stamp duty, so nobody is coming. We have seen a decline in our transaction volumes. I think there should be a rethink to stimulate the entire ePayment process. It looks like small money, but N50 is something to the merchant, and also to the end user,” Uduje stressed.

Most of the experts spoken to by Sunday Telegraph were unanimous in their opinion that the cashless policy which is not yet being implemented across the country to succeed, there wont be any need for any charge that could make the cash economy more cost effective to the end users.