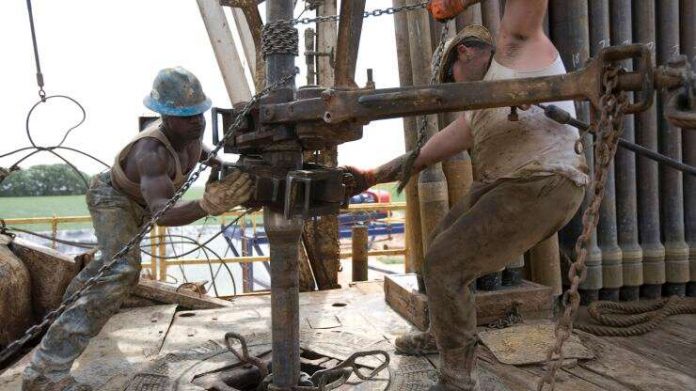 * Law change could shave more than $50 billion in investments

* Royalty added even after hours-long meeting with oil companies

LAGOS, Oct 30 – The Nigerian government has fast-tracked a law that would render billions in planned offshore oil investments unprofitable and cut nearly 30% from potential offshore output, an industry group said.

The measure, which aims to add some $1.5 billion to government coffers in just two years, is the latest to target additional cash from offshore oil and comes as the government pursues a record $34 billion 2020 budget.

Oil company representatives fought aggressively to soften the changes; but after an hours-long closed door meeting with Nigerian lawmakers, they added an extra royalty, an industry source told Reuters, making it even more damaging for companies.

The measure passed through the legislature in a matter of weeks, an unusually quick pace for a country that has had a petroleum industry bill pending for more than a decade.

The House of Representatives this week signed off on the bill the Senate sent, and it is now on its way to President Muhammadu Buhari for signature.

The president’s office declined to comment. A bill signing could be delayed as Buhari is out of the country for the next several weeks.

Majors are already fighting a surprise $62 billion bill for offshore oil projects that the government delivered early this year.

Industry group Oil Producers Trade Section (OPTS), which represents oil companies that produce 90% of Nigeria’s oil and gas, said this proposed law change, and the regulatory uncertainty it will create, could significantly undermine profitability for the projects, including behemoth fields such as Shell-operated Bonga and Total’s Egina.

It expects the changes to the law to slash future offshore production by 27% to 2023, cut $55.5 billion from investment over the lifetime of deepwater projects and remove some $10.4 billion in potential government revenue by 2030.

“This is not in line with FGN’s objective to grow the economy,” OPTS said in a detailed analysis of the measure sent to Nigerian lawmakers.

It added that the changes would be “almost equivalent to no new (deepwater) projects being viable.”

The president’s office declined to comment, saying it was for the legislature to weigh in. None of the senators or house members contacted by Reuters would comment on the oil companies’ concerns.
TAX NOW, OR ‘GROW THE PIE’?

Offshore oil projects are among the most expensive, difficult and time-consuming for companies to develop. They have also added significant amounts of much-needed oil output in Nigeria in recent years – with Egina alone adding 200,000 barrels per day (bpd).

Nigeria’s deepwater output has grown from nothing at the beginning of the century to 780,000 bpd in 2019, a significant chunk of Nigeria’s roughly 2 million bpd of total production.

The now-approved bill would change the 1993 Deep Offshore and Inland Basin Production Sharing Contract to add two new revenue streams. One is a flat 10% royalty on for all projects over 200 meters deep, and a 7.5% royalty on frontier and inland basins.

The second is a price-based royalty that would kick in when oil prices went above $35 per barrel and increase as prices rose.

The bill also would require the underlying law to be reviewed every five years. Offshore projects typically require a minimum of 20-year life span in order for the investment to make sense for companies.

OPTS said potential changes to terms in the middle of contracts makes it incredibly difficult, if not impossible, to assess profitability and make investment decisions, advocating for stable terms for the life of each project.

It encouraged the government to address all fiscal terms in the long-awaited petroleum industry bill, and to increase revenue by efforts to “grow the pie”, rather than heavily tax existing production.

President Buhari, in a speech outlining a record budget earlier this month, pressed lawmakers to move quickly to pass a bill to change this law so the contracts would “reflect the current realities and for more revenue to accrue to the government.”

In a separate statement, senate president Ahmad Lawan said they passed the bill “consciously” to raise revenue while allowing companies to make money.

“We want them to stay here but it should be a win-win situation,” Lawan said in the statement. “Much as we want (International Oil Companies) to make profits from their businesses, we also want to get revenues from our resources.”

He said the senate would pass a holistic petroleum industry bill next year that would not “put any business in Nigeria in jeopardy or disadvantage.”

Shell has already said it will not make a final investment decision in its offshore Bonga SW project until the tax bill dispute was settled.

“Once the real-world impact of this legislation become clear, the government may need to repeal or soft-pedal it or else new offshore projects may evaporate,” said Matthew Page, an associate fellow with the Africa Programme at Britain’s Chatham House. (Reporting by Libby George; Additional reporting by Camillus Eboh and Felix Onuah in Abuja; editing by Grant McCool)