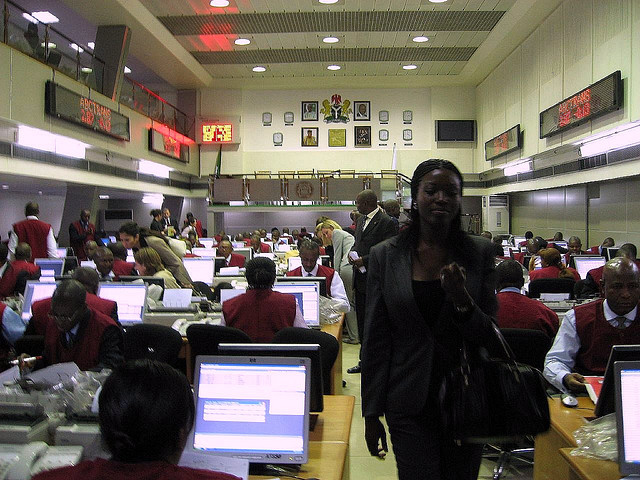 Contrary to the bearish sentiments in the secondary equities and bond markets of Nigerian Stock Exchange, NSE, the total value of primary market listing(bond and shares) segment has recorded its most bullish performance rising by 145.5 percent to N2.7 trillion in the first half 2019, H1’19 from N1.1trillion in the corresponding period of 2018, H1’18.

But Financial Vanguard findings from figures obtained from the NSE show that contrary to the dominance of governement securities in the primary market listing of securities on the Exchange in the last five years, the equity listing rebounded this year taking the lead as it recorded the highest value of N2.03 trillion, thus accounting for 75.2 percent of the total value of securities(shares and bond) listed on the Exchange in H1’19.

Uganda runs out of condoms(Opens in a new browser tab) Similarly, the volume of equities listed on the Exchange for the H1’19 rose astronomically recording 44.5 billion units, thus accounting for 98.5 percent of the total volume of new securities listed on the NSE during the period under review.

Corporate bond recorded N72.7 billion worth of securities on 72.7 million units of shares, thus accounting for 27 percent and 2.7 percent of total value and volume of new securities listed on the Exchange respectively for the period under review.

They added that government should design incentives like tax cuts that would trigger more corporate to list on the Exchange while also educating them on the benefits of being a publicly quoted company.

The stakeholders stated that regulators in the capital market must interface with government to create appropriate regulation, tackle liquidity problem and review other stringent listing rules.

The stakeholders who spoke on the dearth of Initial Public Offering (IPO) in the stock market, argued that aside government withdrawing from business, it must introduce fiscal and monetary policies that would stimulate private sector investment.

According to them, a deliberate policy on incentive would attract more multinational firms in the telecoms and oil and gas sectors to float IPOs, which would ultimately resuscitate the primary market segment, improve the current illiquidity and deepen the market.

New listing transactions Analysis of the new listing on the Exchange for the period under review show that value of the listed equities stood at N2.03 trillion in H1’19, up by 471.8 percent from N354.9 billion in H1’18.

The value of government securities (bond) listed on the Exchange stood at N606.5 billion declining by 24.1 percent from N791.4 billion in H1’18.

In volume terms, government securities stood at 606.5 million units representing a decline of 23.3 percent from 790.4 million units in H1’18.

Analysts, stakeholders’ views
Commenting on the primary market performance the Head of Research and Investment, FSL Securities Limited, Mr Victor Chiazor stated: “The number of listing done this year on the Exchange has been commendable.

Primary listing on both the fixed income market and equities market has been decent so far despite the year being an election year.

“The equities market has witnessed the listing of two highly capitalised stocks while the fixed income space has recorded listings from both the public and the private sector.

“However, despite the successes recorded in attracting new companies to the equities market, much work still needs to be done to attract even more companies given that the total equities market size to GDP is still around 10% which is still low.

Incentives like tax cuts and beneficial policy statements towards encouraging more listings would aid the market grow. But until that is done and the economy shows signs of improvement, most of the action will be at the fixed income market.”

“However, government instruments are not insulated from inflation risk, foreign exchange risk and a host of others.

At the moment, as a result of continuous slide in equity prices, investors are taking flight for safety. The government’s instruments are therefore crowding out investment in equity as many equity investors are counting loses.

But smart ones know that the future of equity investment is bright and they are beefing up their portfolios by taking advantage of share prices below intrinsic values.”

Capital market operator and Chief Executive Officer, Cowry Asset Management Limited, Mr Johnson Chukwu, in a chat said the current ownership structure of International Oil Companies (IOCs) would not allow them to list on the Exchange.

According to him, a framework that would enable IOCs to operate as fully incorporated businesses with operational assets in Nigeria must be established.

Chukwu also explained that government must create appropriate policies to encourage multinationals, which may not have compelling need to raise capital within the local market.

Commenting as well, the Publicity Secretary, Independence Shareholders Association of Nigeria, Moses Igbrude, said: “The capital market is a barometer for measuring the economy of a country. Any government who understand this metric will use the market to its advantage.

“Most investors prefer to invest in FGN instruments because of their stability and steady rates of returns.

Why would companies want to list when all the companies in the exchange are under value? “If companies or private sector are unwilling to list in the market it means then that the advantages of being a limited Company is great or more than being a listed company on the floor Exchange.

“To reverse this trend the management of NSE and SEC should look critically into those things that is scaring away private sector, if the advantages and incentives for being a listed company is more then, you will see that company will come willingly to be listed in order to benefit from such advantages.”

The Chairman, Progressive Shareholders Association of Nigeria, PSAN, Mr Boniface Okezie said: “ Before now the equities market were already down so people had to move to government bonds to make some money since government is a big spender of money.

That means, given the loss in equities, investors then moved to the bond market where gain is guaranteed; but now the reverse is the case since the equity market is gradually bouncing back but government policy uncertainty will not help boost the equities markets.

Again the bond may not be so attractive until there is positive attitude in government fiscal policy.

Therefore, investors will continue to look up to equity market in view of positive outlook by reports being chunked out by many companies in their first quarter and second quarter which has been very impressive.

Government needs to do more by spending big on the economy, create more jobs, pay contractors as well as suppliers all these will help lift the market.

“The SEC must do everything possible to encourage many companies to come and list at the Exchange and also to appease the local Investors to stage a comeback into the markets.

This is because what the regulator did to investors is yet to be out of their minds especially in the banking and insurance sectors over the hostile takeover of some of those institutions. That loss that investors experienced is still affecting the capital market till date.”