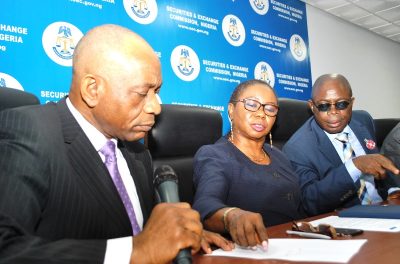 Investors in the capital market have decried the difficulties in reclaiming their dividends running into N126.03bn.

Some of the shareholders, who spoke in separate interviews with our correspondent, described the e-dividend mandate management system as ‘a scam’.

The latest data obtained from Securities and Exchange Commission showed that the total value of unclaimed dividends as of March 2019 stood at N126.03bn.

This represents a 2.16 per cent decline over the N128.81bn unclaimed dividends recorded in March 2018.

Dividends issued and not claimed over 15 months are either kept with registrars or returned to the issuing companies.

The acting Director-General, SEC, Ms Mary Uduk, while speaking during the last post-Capital Market Committee meeting in Lagos, confirmed that dividends (with the registrars) left unclaimed for more than 15 months would be returned to the companies.

Uduk said there was a provision in the Companies and Allied Matters Act that if unclaimed dividends stayed for a specified time, they would be returned to the paying company.

According to her, the return of dividends unclaimed for over 15 months to the paying company will be beneficial to shareholders as the money can be reinvested by the company to produce more interest for shareholders.

A shareholder, Mrs OIabisi Deji-Folutile, said the e-dividend initiative was not as easy and seamless as they painted it.

The former editor of Saturday PUNCH said she registered for the e-dividend scheme about eight months ago and had yet to receive any dividend (except the interim dividend paid by Access Bank Plc).

She said, “I went through my stockbroker and they told me they were going to process it through the registrars but I have not heard anything from them.

“We need to know what is happening to our unclaimed dividends. I have shares in First Bank, Access Bank, Guaranty Trust Bank, NPF Microfinance Bank, among others, but no dividends. They say maybe we have issues. But I was not told I have any issue. I provided all the documents needed. They need to tell us what is going on or what else we need to provide to receive our dividends.”

He said, “Once you fill the e-mandate and the bank certifies you, registrars will still demand signature specimen from brokers. This is a hitch in the registration process.

“To me, after the bank has verified you and you have provided your bank verification number and passport, I do not think there is any basis for further certification; it is not needed.”

According to him, banks are more cooperative than registrars.

Oregbesan added that the e-dividend system was, however, better than the paper system.

The President, Institute of Capital Market Registrars, Mr Bayo Olugbemi, explained that the shareholder identification process was a necessity.

He said, “Someone with intent to defraud can falsify records from the beginning to the end. That you have a bank account does not mean that the signature attached to your bank account is the same as that with the registrars.

“Some people have more than one signature; different signatures for shareholding, banks and other purposes. So, it is a registrar’s duty to compare the records with him with that of the bank. Signatures need to be checked and confirmed.”

He stated that the only thing that might cause a delay in the registration process were discrepancies.

“This has been going on between us and SEC and we are looking to find a way forward,” Olugbemi added.

According to him, any investor experiencing a particular issue should seek assistance instead of making it a general problem with registrars.

The Chief Operating Officer, Africa Prudential Registrars, Catherine Nwosu, said for unclaimed dividends over 15 months, registrars were required to return 90 per cent to the company and retain 10 per cent to settle shareholders as they came.

She said when the 10 per cent was fully utilised, the registrars could go back to collect more money from the companies.

Nwosu said, “There is a timeline set by SEC for the e-DMMS programme. After a registrar has received a duly approved form, they have 10 days to treat it while a fresh request is given a three-day timeline to determine whether they want to accept or reject it.”

Another shareholder, Mrs Yemisi Popoola, said she did not have any issue but had yet to receive her prior dividends.

According to her, during the paper system, share certificates were always posted late.

She noted that each time she went to the post office to pick up her letters, the share certificates would have expired.

Popoola said, “I don’t know if the issue is from the banks or the post office. When I was informed of the e-dividend system, I was happy.

“I have shares in Access Bank and Zenith Bank. I registered at Access Bank directly and I have got just one interim dividend since then. What happens to the back log? The one from Zenith Bank was done through their registrar and I have not heard or got anything from them since February.”

Another shareholder, Mr Saheed Ogundele, said there were some loopholes created by registrars to delay the payment of dividends.

He said, “The issue of bank confirmation is being exaggerated by the registrars to ensure that we don’t get the dividends; it is really frustrating.

“With this, do they expect that one company would be doing Initial Public Offering or rights issue and I would be encouraged to invest?” 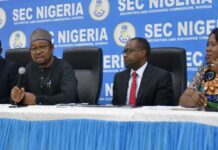 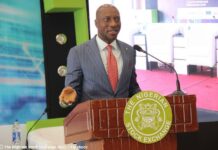 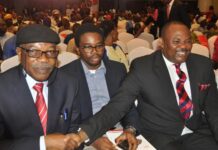 New SEC DG vows to clamp down on illegal operators