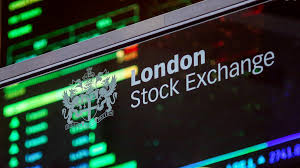 Brexit now hinges on a decision from EU leaders on whether to grant the U.K. a further extension after Prime Minister Boris Johnson paused the ratification process for his Withdrawal Agreement Bill.
Corporate earnings remain in focus, with German chemical maker BASF on Thursday reporting a fall in third-quarter net profit and sales, while British lender the Royal Bank of Scotland (RBS) is also due to report before the bell.

European stocks traded higher Thursday as traders remain in limbo over an expected delay to the U.K.’s departure from the European Union, while corporate earnings season gathers pace.
The pan-European Stoxx 600 climbed 0.6% by the close, with healthcare stocks rising 1.5% to lead gains while telecoms slipped 1.2% as one of only two sectors trading in the red, alongside technology.

Markets briefly pared gains after worse-than-expected euro zone manufacturing and services data. The IHS Markit October flash services PMI (purchasing managers’ index) estimate for October came in at 51.8, slightly below the expected 51.9, while its manufacturing counterpart came in at 45.7 against a forecast of 46.0. October’s composite PMI flash estimate was 50.2, up from 50.1 in September but lower than the 50.3 forecast.

However, a generally upbeat wave of corporate earnings helped shrug off the economic apprehension.

The European Central Bank (ECB) kept rates unchanged on Thursday, following a swan song policy meeting for outgoing ECB President Mario Draghi. Markets had not been expecting any movements on policy, with just six weeks having passed since the ECB unveiled a massive stimulus package.

Investors also have on eye on Brexit, which now hinges on a decision from EU leaders on whether to grant the U.K. a further extension after Prime Minister Boris Johnson paused the ratification process for his Withdrawal Agreement Bill. Johnson has signaled intent to call a U.K. general election before Christmas if the October 31 deadline is extended into next year.

The Royal Bank of Scotland (RBS) reported an attributable net loss of £315 million ($406.9 million) for the third quarter on the back of a £900 million charge to settle claims relating to the payment protection insurance (PPI) mis-selling scandal. Shares of the British lender were down 3.3% during afternoon trade.

Finland’s Nokia plunged more than 23% after cutting its full-year profit guidance for 2019 and 2020, citing tough competition and further investments.

French IT consultancy Atos also nearly climbed 9.9% after announcing that its CEO Thierry Breton would step down to become France’s candidate for the next EU Commissioner, to be replaced by CFO Elie Girard.

China races to build its own Tesla as economy slows and...

China fixes its yuan midpoint at 7.0326 per dollar