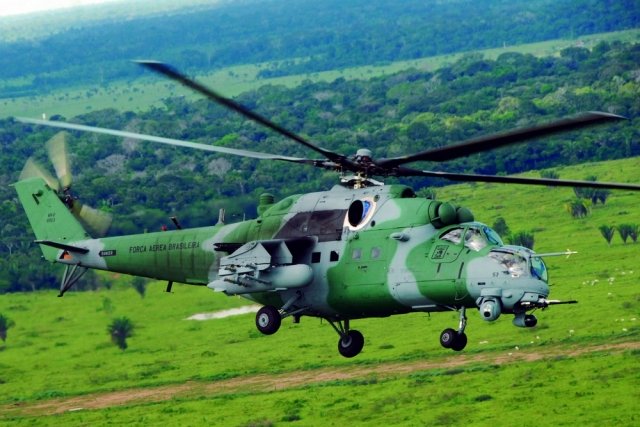 Nigeria entered into an agreement with Russia on the purchase of 12 Mi-35 helicopters, on Wednesday.

“Russia and Nigeria have signed a deal for Moscow to supply twelve Mi-35s to Nigeria,” a senior official at Russia’s federal military-technical cooperation service, was quoted as saying by RIA news agency.

The agreement for the supply of the dozen gunships was signed at the ongoing Russia-Africa Summit and Economic Forum. The two-day event is co-hosted by Russia and Egypt.

“We wanted to buy the helicopters to use in the country’s fight against Boko Haram,” said Nigerian Foreign Minister Kalla Ankourao, according to Russian media.

Nigeria has already bought 12 Mi-35M gunships, six of which were delivered earlier this month. “We have an agreement for the supply of twelve Mi-35 helicopters, six of which have already been delivered. Our minister of defense would be in a better position to answer exactly when the remaining will be delivered … For now we are discussing the modalities of securing delivery,” Nigerian Ambassador to Russia Steve Davies Ugbah had said in an interview with Sputnik.
Mi-35M is a rugged helicopter that offers round the clock combat use of guided and unguided weapons in regular and challenging climate conditions. It is also equipped with the latest navigation suite, target sights system, laser range finder and location finder.

Moscow aims to sell $4 billion worth of arms to African countries in 2019.