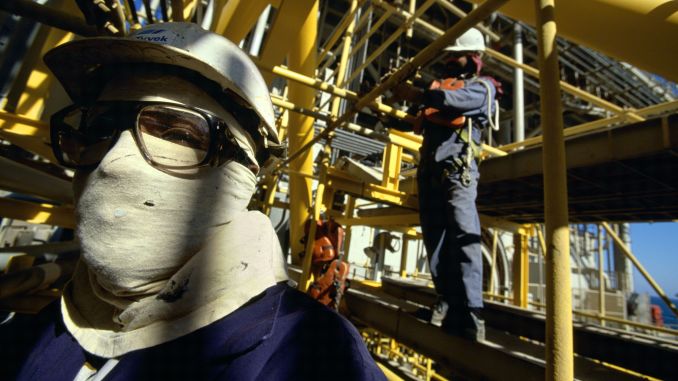 LONDON (Bloomberg) – The OPEC+ group of oil producers will need to make deeper output cuts when they meet in December. That’s the inescapable conclusion from the latest round of monthly reports published by the three big oil-forecasting agencies.

The International Energy Agency, the U.S. Energy Information Administration and the Organization of Petroleum Exporting Countries all see global oil inventories building in the first half of next year, as they almost unanimously cut their forecasts for oil demand growth for 2019 and 2020.

Trouble Ahead. Saudi Arabia’s oil production is expected to be back this month to where it was before the attacks on the Abqaiq and Khurais oil-processing plants on Sept. 14. If that pumping rate is maintained, global oil inventories will rise by somewhere between 750,000 bbl and 1.4 MMbpd over the first half of the coming year — depending on whose forecast you take. That would add at least 136 MMbbl to global oil stockpiles, according to OPEC, and perhaps as much as 255 MMbbl, according to the IEA.

The three agencies made further cuts to their forecasts for oil demand growth this year in their latest reports and, for the first time, all of them now see global oil use increasing in 2019 by less than 1 million barrels a day compared with 2018.

And those forecasts could still fall further. All three of the agencies have cut their estimates for the first three quarters of the year, making particularly big reductions to their assessments of demand growth in the first half. The chart below shows how those estimates have changed between the January and October reports by the three groups.

All on the Fourth. They have also begun to trim their estimates for the just-ended third quarter, but the fourth has remained immune — at least for now. Still, the International Monetary Fund just made a fifth straight cut to its 2019 global economic growth forecast, citing a broad deceleration across the world’s largest economies as trade tensions undermine expansion. The world economy will grow 3% this year, the lowest growth in a decade and down from 3.2% seen in July, the IMF says.

Slowing economic growth will have a knock-on effect on oil demand, so we can expect further downward revisions to the demand numbers next month.

Catching the Same Cold. A big drop in OPEC output in September won’t help much in draining inventories. The slump was the result of the missile and drone attacks on oil processing facilities in Saudi Arabia on Sept. 14 and has already proved short lived. By the end of the month production was back up at about 9.9 MMbpd, above its pre-attack level.

OPEC Production. Restoring overall OPEC output to somewhere between 29.6 and 29.9 MMbpd — the three sources differ on how much the group is producing — and then using that figure in the coming quarters is what drives the stockbuild in the first chart.

There are only two ways that the growing stockbuild in the first half of 2020 can be avoided — more demand or less supply, or a combination of the two. A trade deal between the U.S. and China could give a boost to the global economy and, by extension, oil demand. That may yet be achieved. On the other side of the balance, slowing U.S. output growth might help to prevent stockpiles from building so fast in the first half of next year.

If nothing changes, deeper OPEC+ production cuts will by needed when the group meets in early December.

Exxon, Shell, and Chevron Plan $10 billion Investment Into the Shale...