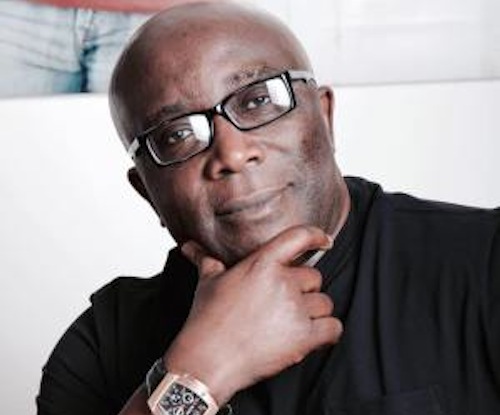 Desperate insecurity has forced some states of this federation to make hopeless choices. Before our very eyes, state governors are choosing the expediency of their individual political survival over and above fidelity to national security and constitutional order. Some state governments have not only recognised the leaders of the bandits terrorising their states but entered into negotiated truce deals with them.

It is as grave as it sounds. Duly elected governors of states of the federation who swore an oath to uphold the constitution have tacitly opted out of the security umbrella of the federal government but instead have reached security accommodations with non -state violent actors for the security of the citizens of their states. Some of these negotiations and illegal security arrangements are in fact being consummated in full view of military and other security commanders.

Neither the federal government nor the defence and security high command has raised a finger on the illegality and treasonous essence of these arrangements. It seems that the state governors can no longer bank on the effectiveness and competence of all of our security forces to guarantee the security of life and property in their domains.

Reportedly some of these agreements are being guaranteed with rough amnesty promises, alleged cash payments and other undisclosed concessions. On a particularly scandalous occasion, the agreement was sealed with a photo op at which the Katsina state governor (yes, the President’s state governor!) posed with the bandit leader in centre stage bearing an undisguised AK47 while the helpless governor, a police officer and senior officer of the local army command watched sheepishly at the fringes. Thereafter, several reports have emerged of other negotiations and deals between other governors and assorted bandit leaders.

The Nigerian army high command has recently endorsed these acts of tacit and virtual military surrender by insisting that the arrangements between bandits and state governors are ‘political’ in nature. It is the same army high command that has advocated for spiritual warfare against Boko Haram and other armed insurgents, a disgraceful tacit admission of serial failure of its own well funded campaigns in the last ten years.

Perhaps, in line with the Army’s helpless endorsement of spiritual warfare, the government of frontline Borno state has reportedly imported 30 mullahs from Saudi Arabia as spiritual warriors to pray against Boko Haram and other insurgents. The state has reinforced this effort by mobilising 1,000 hunters armed with charms and amulets to give ‘fire power’ to the exploits of the spiritual warriors! Meanwhile, casualties among soldiers deployed to the theatre keeps adding up.

I am not a constitutional lawyer by any stretch. But I am not so sure that any and every state governor can engage private military contractors to safeguard their populace in defiance of the security forces that we are all paying so dearly to maintain. I am also not so sure that any group of Nigerians can freely float an armed organisation and christen it a bandit force and proceed to roam freely terrorising people until they make life uncomfortable enough for governors to draw their attention.

I am similarly not aware that there is any legal enterprise in Nigeria called banditry for which governments have to compensate entrepreneurs with state recognition or cash payment. Even worse, I am not so sure that the various statutes barring citizens from bearing unlicensed arms made any exceptions for a category of citizens called bandits.

Worse still, for any governor to expend public money in pursuit of these illegal and otherwise private military arrangements heightens the danger and even elevates it to the realm of an economic crime. There is yet no report that any of the governors involved in these negotiations have sought the approval of their state legislatures. Or has the National Security Adviser issued any statement cautioning governors from these negotiations and agreements.

While the constitution recognises each governor as the chief security officer of his state, that responsibility can only be exercised in the context of and in concert with the institutions of state charged with the security of the state. It does not authorise governors to romance private armies or accord recognition to unauthorised armed bandits. To dialogue with these entities and roll out the red carpet for them is to set a dangerous precedent. It accords to these bandits privileges and access that are not ordinarily available to law abiding innocent citizens. It sends the ugly lesson that the easiest way to attract the attention and patronage of those in authority is to acquire arms for terrorising the populace and disturbing the peace.

Let us enlarge the meaning of what is happening in these states. The integrity and resilience of nation states is a function of the integrity of their institutions. In past times of turmoil and strategic instability, the survival of the Nigerian state has depended on the resilience of one major institution: the armed forces. This is why the present situation in which the armed forces appear to be buckling under the stress of insecurity is tragic and needs to be quickly halted.

We may choose to overlook the finer legal and accountability aspects of these bandit arrangements. But the larger implications for the Nigerian state and our collective sovereignty and security cannot be ignored. The fundamental basis for the existence of the nation state remains the obligation of the sovereign to protect the lives and property of all who live in the nation space. Implicit in that obligation is the unquestionable right of the state to enjoy a monopoly of superior force in the land. The survival of the state is dependent on its unambiguous capacity to wield that force superiority in defence of the nation and its people.

When the state’s monopoly of ultimate force and violence is challenged by non state actors to the detriment of national order and secure peaceful existence, the state is failing as a state, It is failing the citizens and failing as a credible member of the comity of nations. This sadly seems to be where Nigeria is at currently on the basis of its current serial security failures.

It is worrisome that isolated pockets of armed bandits have literally overrun and sacked a sizable number of our states. More tragic still is the tacit admission by our military high command that these roving bands of criminals have outgunned them. In any normal military tradition, the recent admissions of ineffectiveness by our military deserves disciplinary action. Nigeria’s defence and security expenditure as a factor of our GDP is one of the highest in Africa. To spend that quantum of resources only to reap excuses in the face of assaults by rag tag bandits is further sign of the failing health of the Nigerian state.

Come to think of it, the bandits have no budget, no command and control structure or infrastructure, no legal status and no license to bear arms as stipulated by law. Their qualification for the red carpets being laid out by frightened state governors is that they bear military grade weapons with which they freely roam the countryside, kill innocent people on an industrial scale, abduct and rape women, rob and kidnap for ransom, burn whole villages and now hold whole states to ransom.

The present spate of illegal and unconstitutional accommodations between so- called bandits and some state governors may appear politically expedient. But in the long run, it could go either way. It could buy the affected states and their Governors much needed temporary sleep at night and some respite hopefully to pursue governance.

It could also, most likely, create the beginnings of a ‘bandit industry’ because the arrangements are based on armed blackmail. It is common knowledge that one profitable blackmail only leads to the next. The bandits will get used to the financial fruits of these deals. They could invest in more sophisticated weapons and threaten bigger havoc if only to raise the price tag of the next negotiation. Being Nigerians, the bandit industry could spiral out of control to compromise even segments of the official security apparatus. We could then have sections of the country that are controlled by factions of bandits.

In a democracy that is often controlled by forces of violence and big money, we could expect worse. An incumbent governor that cultivates the support and patronage of bandits could then convert them to political use in a future election to gain fierce advantage over their political opponents. There is nothing binding in the agreements being reached with bandits. Illegal organisations led by lawless brigands do not enter into legal agreements!

I suspect there is a systemic very Nigerian problem somewhere. I have heard it said in privileged beer lounges that the spate of insecurity in the land has become an industry of a sort that could be fueling corruption among the security agencies. It is rumored that the governors of affected states fund it cheaper to negotiate with and pay off bandit leaders than to fund the security agencies who end up magnifying the threats and asking for yet more money outside the official security budget. Yet no amount of cost benefit advantage can outweigh the pre-eminence of our constitutional order and the rule of law.

Those who have compared the new bandit racketeering with negotiated truce and amnesty schemes with Niger Delta militants are being mischievous and dishonest. In the Niger Delta, we were dealing with youth militancy born of an age – long legitimate economic and political grievance. Nigeria pushed the Niger Delta youth into militant criminality through decades of criminal neglect and political insensitivity. Once the political and economic solutions were put on the table, it became easier to find peace and reach accommodation through law enforcement and amnesty initiatives.

The banditry in the north has no economic or political justification or credibility. It is plain criminality and rascality in ungoverned spaces of the federation. That is why it cannot be solved through these pointless, shoddy and fraudulent negotiations. I agree that the rise of the bandit industry has its origins in the failure of governance and serial irresponsibility of politicians in those parts of the country.

The first solution is for the political leadership of the affected states to course correct with political will and visionary courage. One important requirement is for the political elite to have the honesty and humility to realise that mistakes were made in the past which aided the rise of elements that now find anti state criminality attractive. The politics of inclusive development remains the long term solution at the level of individual states.

Over and above this local state level political solution is an overriding responsibility of the Nigerian state. There has to be a clear, fierce and decisive reassertion of the will of the Nigerian state. The police and armed forces must root out criminals and bring them to book in accordance with the law. Our security forces must reclaim every inch of the national space and ensure that non- state armed actors are treated as what they are: armed criminals, unregistered contestants for state power. Treasonous opponents and challengers of the might of the state do not qualify for red carpet reception. 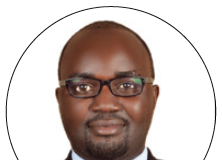 Mergers and Acquisitions Hold the Next Growth Story for SSA Banks

2019: A stone throw away by Adeniyi Bamgboye