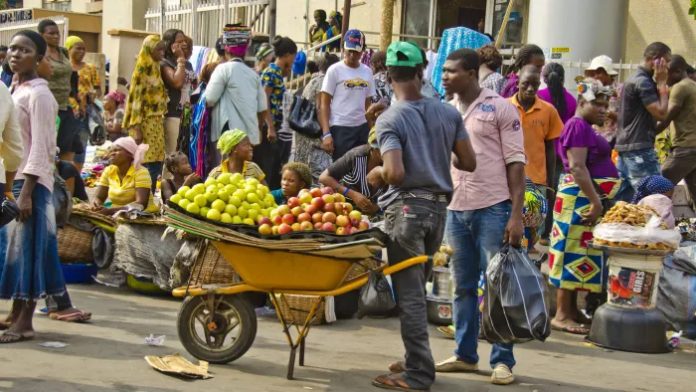 Nigerian inflation rose to 11.24% in September from 11.02% in August, which was its lowest in almost four years. Inflation had been falling steadily since May.

The International Monetary Fund said last week that the planned introduction of a sales tax to partly finance the government’s record 2020 budget and a new minimum wage could help drive up inflation.

Tuesday’s data showed food price inflation, the main driver of overall inflation rose to 13.51% in September from 13.17% a month earlier.

In August, the government partially closed its western border with Benin to curb rice smuggling which it says is threatening attempts to boost domestic production.

The government wants Nigeria to be self-sufficient in rice and has imposed import controls but these have kept prices high and led to smuggling from Benin into Nigeria.

Governor Godwin Emefiele has said the central bank will maintain its tight monetary stance in 2019, and sees inflation at 11.31%, rising to 12% this year before moderating.

Nigeria emerged from its first recession in 25 years in 2017 but growth remains fragile, although higher oil prices and recent debt sales have helped the continent’s biggest crude producer to accrue billions of dollars in foreign reserves.

Inflation peaked at 18.7% in January 2018 and has been in double digits for three years.