Aside from the ruling All Progressives Congress (APC), 12 other political parties under the banner of the Conference of Nigeria Political Parties (CNPP), have expressed their readiness to take part in the December 7, 2019 local government elections in the state.

The parties, which harped on credible elections to advance democracy in Nigeria, said they have conducted their primaries and submitted all their nominees to the State Independent Electoral Commission (SIEC) in preparedness for the elections.

Speaking on behalf of the parties at a press conference in Ado Ekiti on Tuesday, Mrs Olubunmi Falana of the Allied Congress Party of Nigeria (ACPN), lauded the parties for being ready to deepen democracy at the third tier of government.

Falana said the parties’ interest in the elections confirmed its belief and confidence in the Justice Jide Aladejana-led SIEC to conduct free, fair and credible polls.

“We have all conducted free and fair primaries and believe that the SIEC will do what is right, we have no doubt about that.

“As political parties, we must all contribute our quotas to restore democracy to our councils, which is the closest to the grassroots and where the poorest Nigerians are resident,” she said.

Meanwhile, a separate statement by CNPP Chairman in Ekiti, Mr. Olu Akomolafe, urged the Peoples Democratic Party (PDP) to also fulfil its promise and partake in the polls, being the main opposition party.

Akomolafe clarified that the PDP and other parties have nothing to fear, saying there are assurances from SIEC that the elections won’t be rigged in favour of the ruling party, the APC.

“We want to commend the PDP for revealing its readiness to partake in the local government elections. This will no doubt add to the credibility of the elections and make people to make the right choices.

“The readiness of these parties also goes a long way to buttress the fact that Governor Fayemi will do what is right and just by allowing the people to freely elect their preferred candidates without imposition,” he said.

But CNPP condemned the labelling of the SIEC Chairman, Justice Aladejana, as a dismissed judge, saying the allegation from PDP showed that the party lacks the knowledge about the credentials of the jurist.

“Shortly after the event leading to former Governor Fayose’s impeachment in 2006, the NJC took some actions by suspending him over his role.

“But upon assumption of office, the then Acting Governor, Hon. Tope Ademiluyi, reabsorbed him with a contention that NJC could not have unilaterally suspended him without deferring to Ekiti government, its employee.

“The governments of Segun Oni, Kayode Fayemi and Ayodele Fayose never reversed the action taken by Ademiluyi. So going by the constitution, he is still a serving judge and the PDP was wrong by its warped perception that he had been dismissed and not fit to head that commission,” CNPP said. 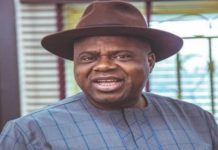 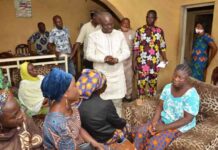 Rep. asks I-G to probe alleged killing of youth by SARS in Osun 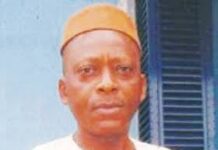