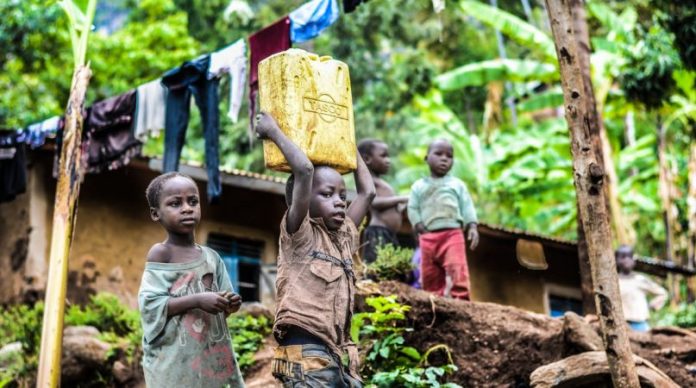 Oxfam International says no fewer than 94,470,535 million people in Nigeria live below extreme poverty line, according to the latest World Poverty Clock.

Oxfam International Country Director in Nigeria, Constant Tchona, said this on Monday in Abuja at the organisation’s Programme Quality Review and Planning meeting with the theme “On the Road To Becoming an Influencing Hub”.

Mr Tchona decried that this number of people live below the benchmark of N684 per day.

“The number of people that live below extreme poverty level as at April was 91,501,377, making Nigeria the World Capital of Poverty.

“What this means is that we have added 2,969,158 people more into extreme poverty.

“By comparison, this number is more than the population of Gambia and Cape Verde combined.

“At the current rate, Nigeria is not only off track to meet the Sustainable Development Goals (SDGs) but many now believe that up to 25 per cent of the world’s extreme poor will live in Nigeria by 2030.

“Nigeria total population is 200,963,599 people according to the Worldometer and is to become the world’s third largest country by 2050,” he noted.

While describing the burden as pathetic, the country director noted that Nigerian government was aware of the rate of poverty in the land.

Mr Tchona quoted President Muhammadu Buhari’s intention to “lift 100 million Nigerians out of poverty over the next 10 years and set them on the path to prosperity’’ to “fundamentally shift Nigeria’s trajectory and place it among the World’s Great Nations’’.

According to him, if this is achieved, Nigeria will shock the world to achieve the SDGs.

“Now the question is what is the role of the citizens and how that role will be played in supporting both elected and appointed officials in achieving this lofty goal.

“What could be the role of International NGOs like Oxfam on that journey?” he asked.

He noted that in order to effectively make impact in poverty reduction, the organisation would have to reminiscent on its programmes to ensure they were not against Oxfam well established quality standard.

He stressed the need to expedite actions, adding that more people are getting into extreme poverty as at the moment.

Mr Tchona explained that the meeting was to reflect on what that role of the organisation in support for government and citizens could be in order to reduce the burden of poverty.

He said the meeting was also to explore ways to strengthen business support to power up Oxfam execution capability while ensuring operational excellence.