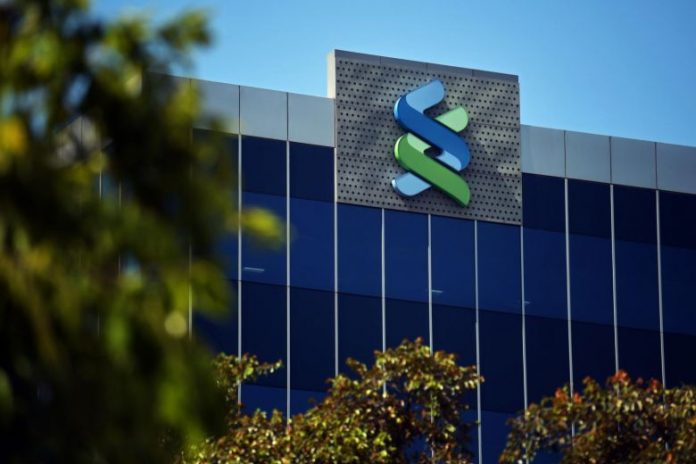 Citigroup Inc. and Zenith Bank Plc got the stiffest penalties of a dozen lenders punished by Nigeria’s central bank for failing to meet a target to provide more credit.

A combined sanction of 500 billion naira ($1.4 billion) was imposed on the 12 banks, according to a circular sent to the institutions and seen by Bloomberg. Lagos-based lenders Guaranty Trust Bank Plc and United Bank for Africa Plc as well as the local unit of Standard Chartered Plc are among others that fell short, the central bank list shows.

“This is a negative signal to the market because it compels banks to risk assets in an economy where you rarely find viable businesses given the macroeconomic conditions,” said Christian Orajekwe, head of securities trading at Cordros Securities in Lagos. “This could lead to some credit creation and new jobs in the short term, but in the long term there will be concerns about the performance of those loans. It may not be sustainable.”

The sanctions come three months after the central bank gave lenders until Sept. 30 to use 60% of their deposits for loans, or hand half of the shortfall over to the central bank without earning any interest. The measures are among a raft of rules aimed at forcing banks to extend more credit to help spur economic growth in Africa’s largest oil producer. Of the six biggest domestic banks, only Access Bank Plc met the minimum threshold by the end of June.

The amounts have already been debited, Ahmad Abdullahi, the head of banking supervision, told reporters in Abuja on Thursday. The efforts are aimed at supporting the real economy by extending loans mainly to farmers, small- and medium-sized businesses and consumers, he said.
Potential Loss

The steps should not be seen as a fine because the funds moving from the cash-reserve requirements will fluctuate depending on how far a lender falls short of the loan-to-deposit thresholds, and refunded once the target is hit, Zenith Bank Chief Executive Officer Ebenezer Onyeagwu said at the same briefing.

“We estimate a potential income loss of 90 billion naira for these 12 banks,” FirstRand Ltd.’s RMB Nigeria Stockbrokers said in a note. The ratios will be reviewed quarterly and comes after the regulator on Monday upped the ante, giving banks until the end of the year to get their loan-to-deposit ratios up to 65%.
Bank Size of penalties in billion naira
Zenith 135.6
Citigroup 100.7
United Bank for Africa 99.7
FBN Holdings Plc’s First Bank 74.7
Standard Chartered Nigeria 30
GTBank 25
FCMB Group Plc 14.4
Source: Central Bank of Nigeria circular seen by Bloomberg News

Banks will continue to work on meeting the ratio after doing everything they could to increase lending, Akinsowon Dawodu, the CEO of Citigroup’s Nigerian unit, said.

Zenith declined 0.8% at the close after earlier gaining as much as 1.1%, while FBN slid 1.8% and Access Bank Plc dropped 1.4%. Banking shares were among the most traded on the Nigerian Stock Exchange All Share Index, which fell 0.8% to the lowest level since Sept. 10.