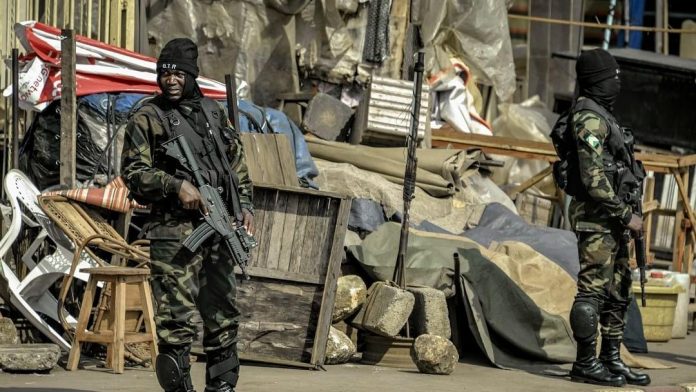 YAOUNDE (Reuters) – Cameroon’s main Anglophone separatist leaders boycotted talks launched by the government on Monday to try to end a two-year insurrection, calling them a “charade” and vowing to continue fighting.

President Paul Biya initiated the week-long national dialogue in an effort to calm violence that erupted in 2017 after the government cracked down on peaceful protests in Cameroon’s English-speaking regions by teachers and lawyers.

English speakers, who complain they are marginalised by the French-speaking majority, took up arms and have been fighting to establish a breakaway state that they call Ambazonia.

More than 1,800 people have since been killed in fighting and over 500,000 displaced, according to United Nations estimates.

Opposition parties, civil society groups and representatives of the Catholic Church were present in the main conference centre in the capital Yaounde, as was Prime Minister Joseph Dion.

Dion said the talks were held to end acts of violence and to enable the Northwest and Southwest regions to regain the “necessary serenity”, adding that “all men and women who love peace” had been invited.

But Cho Ayaba, a leading member of the Ambazonian Governing Council, one of the main separatist organisations, said the separatists did not recognise the government’s authority to convene a dialogue.

“No Ambazonian will take part in Biya’s charade,” he said.

Cameroon’s linguistic divide goes back a century to the League of Nations’ decision to split the former German colony of Kamerun between the allied French and British victors at the end of World War One.

Cameroon’s main opposition party is also refusing to attend this week’s talks until the government meets its demands, including the release of its leader Maurice Kamto.

Kamto was arrested in January for leading protests against an election last year that he denounced as fraudulent. Biya, 86, won re-election in that vote, extending his nearly four decades in power.