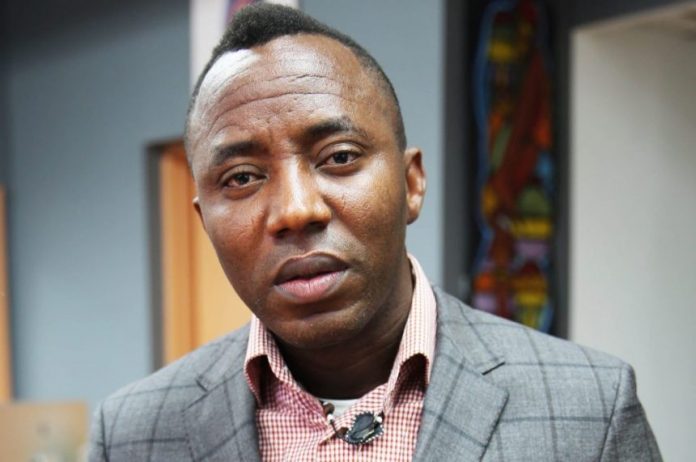 Detained Convener of #RevolutionNow protest, Omoyele Sowore is expected to appear in court Monday, to stand trial on a seven count charge bordering on treasonable felony and money laundering.

Sowore, presidential candidate of the African Action Congress (AAC) in the February 23 presidential election has been in custody of the Department State Service (DSS) since August 8 on orders of a Federal High Court, Abuja.

Although Justice Taiwo Taiwo, who had ordered the DSS to keep Sowore for a period of 45 days to enable the agency conclude its investigation of alleged treason and terrorism had since set aside the order following its expiration, the federal government is yet to allow Sowore enjoy his freedom.

The government’s action however has since come under heavy criticism from eminent Nigerians and groups including the Nigerian Bar Association (NBA), Senior Advocate of Nigeria, Chief Mike Ozekhome and Warri based social commentator, Ishmael Rufus.

The federal government had on September 20 filed the charge against Sowore, publisher of SaharaReporters barely 24 hours to the expiration of the detention order.

Also charged along the convener, #RevolutionNow protest in the seven count charge is one Olawale Bakare, also known as Mandate.

The charge which was signed on behalf of t‎he Attorney-General of the Federation and Minister of Justice, Abubakar Malami (SAN), by a Chief State Counsel, Aminu Alilu, in the Department of Public Prosecutions of the Federation‎, Federal Ministry of Justice, specifically accused Sowore and his co-defendant of conspiracy to commit treasonable felony in breach of section 516 of the Criminal Code Act by allegedly staging “a revolution campaign on September 5, 2019 aimed at removing the President and Commander-in-Chief of the Armed Forces of the Federal Republic of Nigeria”.