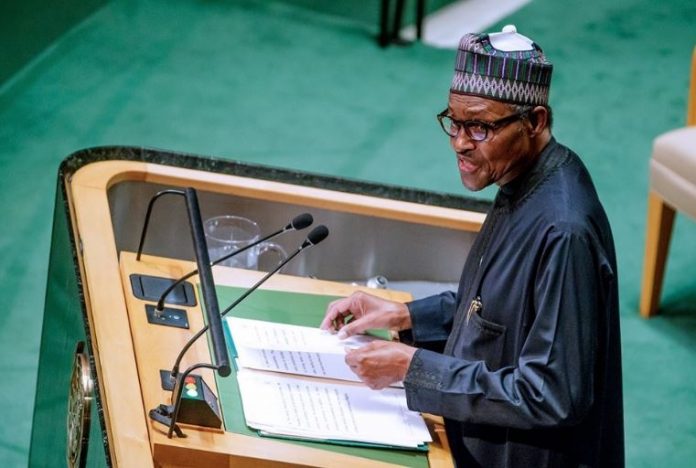 A new advisory panel created by President Muhammadu Buhari could usher the reforms needed to breathe life into Nigeria’s economy during his second term.

That’s if the 76-year-old former military ruler listens to them.

Buhari named an eight-member Economic Advisory Council last week to replace a broader team of bureaucrats led by Vice President Yemi Osinbajo, who under the constitution is the government’s economic policy coordinator.

Business leaders, including Africa’s richest man Aliko Dangote, applauded the creation of the board to bolster investor confidence.
Key Speakers and Interviews at the Bloomberg New Economy Forum

The council of outside experts, which will meet directly with Buhari every quarter, is led by Adedoyin Salami, a central bank board member until 2017 and lecturer at the Lagos Business School, known as a cradle of orthodox economists. Other members include former central bank chief Chukwuma Soludo and Bismarck Rewane, an ex-Barclays Plc banker.

“These are known free-market capitalists who have been critical of President Buhari’s economic policies,” said Cheta Nwanze, head of research for Lagos-based SBM Intelligence. “While I’m cautiously optimistic, it remains to be seen really where this will go.”
Nigeria’s gross investment to GDP has fallen below its African peers
The Task

The first major task will be to convince Buhari to reopen the border with Benin, Nwanze said. Buhari partially closed the frontier in August to halt rampant rice smuggling that his government claims hampers local output, a step business leaders say has disrupted regional trade.

Next on the agenda will be deeper reforms needed to modernize the tax system, eliminate multiple exchange rates and overhaul the oil and power sectors, which the new panel members have urged this and past administrations to do for years.

Convincing Buhari to limit the state’s hand in the economy could be a tougher task, Nwanze said.

Government intervention to keep the naira artificially strong and curb imports to foster local production is partly blamed for the slow recovery from a 2016 contraction. With annual economic growth of barely 2% over the last two years, Nigeria trails smaller neighbors that have some of the world’s fastest-growing economies.

Policies to keep the naira stable could trigger clashes between the new council and central bank governor Godwin Emefiele, who in the past has disagreed with several members of the council over his use of unconventional monetary policies, according to Citigroup Inc. analyst David Cowan

“We think that the membership of the EAC means that in its first incarnation it will be unwilling to operate merely as a talking shop,” Cowan wrote in a research note to clients.
Mixed Signals

The government has defended its interventions in the economy as the only way to wean the country off oil, encourage local production and lift millions out of poverty. Last year, Nigeria surpassed India as the country in the world with the highest number of people living in extreme poverty.

Buhari’s economic ideology was shaped during his years as a military ruler between 1983 and 1985, when the state intervened directly in some sectors of the economy. His policies have at times clashed with the more pro-market Osinbajo, whose former law firm advised investors on capital market deals. Osinbajo has been in charge of initiatives to attract foreign investors and pushed for the country to sign the Africa Continental Free-Trade Agreement.

“There has clearly been mixed undertones, and we expect the new council to help provide clarity and a middle ground,” said Abiodun Keripe, financial and investment analyst at Troyka Holdings in Lagos. “If the president is able to listen to some of their advice I think we should see a shift.”