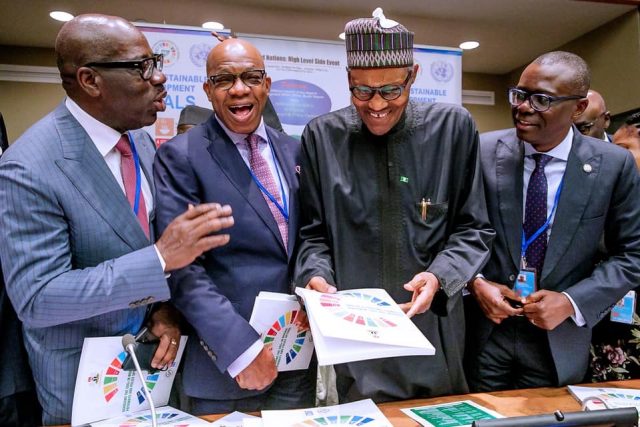 Governor Babajide Sanwo-Olu has said that 9,000 megawatts is the amount of energy required to transform Lagos State economy. If realised, Lagos, the most populous city-state, and the fifth largest economy in Africa, would be self-sufficient in electricity supply that would adequately power its industrial sector, Small and Medium Enterprises (SMEs) and residential buildings.

The Lagos State Governor revealed this when he addressed a Forum at the Corporate Council on Africa, a side event at the ongoing 74th Session of the United Nations General Assembly (UNGA) in New York, United States.

Governor Sanwo-Olu wooed investors at the forum, assuring them that his administration would be open to tapping private investment in clean energy to enable Lagos attain its aspiration of transforming to 21st century economy driven by technology and innovation.

Adequate electricity supply, the Governor asserted, would also help the State to fully unlock the potential of its tourism sector and waterway transportation.

The Governor said his government had been reviewing the State’s Public Private Partnership (PPP) policy, with the objectives to boost investors’ confidence on returns on their investment and to drive more investments in critical areas to the State’s economy.

He said: “Lagos is a peculiar city among megacities in the world. It is the smallest State in Nigeria in terms of land size, yet it is the most populous in terms of demography. One third of Lagos land is covered by water, while the large population of humans is left to occupy about 4,000 square metres of dry land size.

“Lagos, as the fifth largest economy in Africa, it accounts for the 60 per cent of Nigeria’s GDP, in which manufacturing sector accounts for about 30 per cent. Despite this potential, we have energy deficiency of about 9,000 megawatts, which is required to give the economy the needed support for more growth. We are open to investment in independent power generation to address energy deficit, which would help to fully unlock opportunities in tourism sector, infrastructure and technology business.”

The Governor used the occasion to present his administration’s six pillars of development, known as Project T.H.E.M.E.S, before the international audience to maximise investment drive and opportunities in each area of the manifesto.

Sanwo-Olu spoke about how technology and innovation had been changing the face of land transportation in Lagos, especially with the introduction of flexible services in commercial motorcycle operations and cab business to support rapid movement of people. The Governor said the State Government would be introducing policies to guide the innovation in its transport sector, with the aim to ensure safety of the users and protect investment of the investors.

He said: “We are bringing a solution that will give residents a new experience in integrated mass transit system. We are scaling up infrastructure on the BRT corridors on our roads, finishing the light-rail project and strengthening the capacity of waterways transportation to boost services in these areas. We are coming up with a solution that would allow residents to use single ticket to access the services of the these three methods of transportation.”

He also said his government would be expanding the services of the Lagos State Health Insurance Scheme to increase affordability of quality healthcare for the most vulnerable among residents of the State. To achieve this, Sanwo-Olu said the State would be seeking private investment in the provision of funds that would enable the public-owned Health Maintenance Organisation (HMO) to efficiently manage the scheme.

Speaking on environmental programmes of his administration, Sanwo-Olu said Lagos had keyed into the United Nation’s agenda of reducing the carbon footprint from the environment. He said the introduction of Blue Box Programme by his government was aimed at addressing observed challenges in municipal waste management, as well as building the foundation for a retail business in recycling and waste sorting.

He said the initiative would enable the State to not only create jobs, but also wealth from recyclable waste materials.

Among the audience at the forum included Governor Godwin Obaseki of Edo State, President of the Corporate Council on Africa, Florizelle Liser, Founder and Chairman of Zenith Bank of Nigeria, Mr. Jim Ovia, as well as Chairman of of Flour Mills of Nigeria, Mr. John Coumantaros. 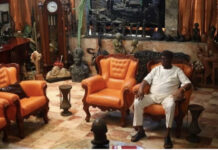