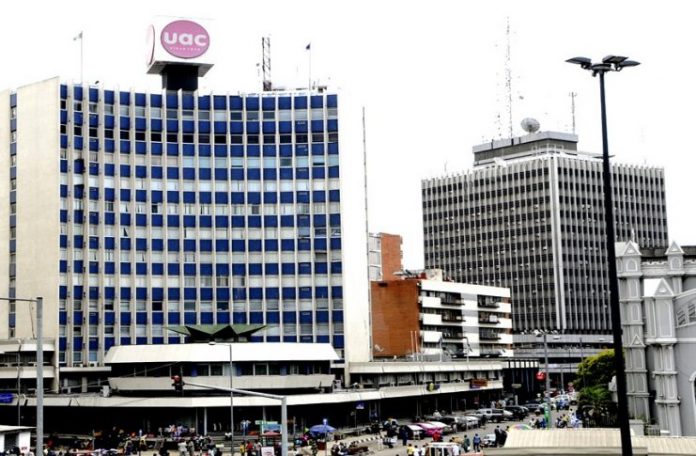 The Boards of Directors of UAC of Nigeria Plc (“UAC”) and UACN Property Development Company Plc (“UPDC” or the “Company”) (collectively the “Boards”, individually the “Board”) wish to inform The Nigerian Stock Exchange (“The Exchange” or “The NSE”), their shareholders and stakeholders that they are considering strategic initiatives involving a recapitalization and restructuring of UPDC. These initiatives are still subject to the review and approval of the Securities and Exchange Commission (the “SEC”), and The NSE (collectively the “Regulators”) and shareholders of both companies.

UPDC commenced operations as a department and subsequently a division within UAC focused on managing UAC’s real estate holdings. In 1997, UPDC was incorporated as a public limited liability company and certain assets held by UAC were transferred to UPDC via a scheme of arrangement. UPDC’s shares were listed on The NSE on 19 November 1998.

Over the years, UPDC grew to become one of Nigeria’s leading indigenous real estate companies, engaged in a broad range of activities including property development for sale and lease, facilities management, hospitality and retail. UPDC has built a long-standing track record, having completed multiple landmark residential and commercial developments.

UPDC’s recent expansion coincided with the recession that impacted Nigeria in 2016 affecting overall economic activity. The real estate sector was particularly affected with significant declines in asset values and rental rates. Nigeria’s broader economy emerged from recession in Q4 2017; however, the real estate sector has continued to struggle, with declining investment values, reduced demand for assets, and high vacancy rates. UPDC has been negatively impacted by the extended decline in the Nigerian real estate sector recording losses annually since 2016. In addition, the Company struggles with high levels of debt, which combined with declining revenues and profitability have resulted in cashflow challenges to meet its obligations. UPDC’s underperformance has resulted in a decline in equity value and restricted the Company’s ability to pay dividends.

The Board and management at UPDC have focused on developing strategies to stabilize UPDC’s capital structure and unlock value for shareholders. Two significant strategic initiatives are currently proposed, a recapitalization and a concurrent restructuring.

An equity capital raise of 815.96 billion by way of a rights issue to repay its short-term debt obligations (“Rights Issue”). For UPDC to attain sustainability, the focus is on reducing outstanding debt to a level at which it is serviceable from recurring cash flows. This will require a significant cash injection which is to be raised through the Rights Issue. Post the Rights Issue, UPDC’s only interest-bearing obligation will be its long-term bond with total outstanding balance of 84.3 billion.

An ownership structure reorganization, that will involve UPD’s interest in UPDC Real Estate Investment Trust (“UPDC REIT” or the “REIT”) being unbundled to UPDC shareholders via the allocation of REIT units directly to shareholders of UPDC in proportion to their post-Rights Issue holdings in UPDC (“UPDC Unbundling”).

The REIT was listed at N10 per unit in July 2013 and traded at N5.40 per unit as at 2 September 2019, a 46% decline in value. In spite of a track record of dividend payments, the diminution in unit price has resulted in an erosion of unitholders value. In addition to investor concerns around operations and management of the REIT, an often cited challenge has been limited liquidity with UPDC owning more than 60% of the units in the REIT. The restructuring is expected to materially increase free float and liquidity in REIT units.

A second component of the restructuring is the immediate release of value to UPDC shareholders, who will benefit from a direct interest in the UPDC REIT, which is profitable and has a track record of dividend payments. Since 2016, UPDC has received about N3 billion in aggregate dividends from its investment in the REIT; however, on account of the Company’s challenges, it has paid no dividends to its own shareholders over the same period. Post the proposed restructuring, any future dividends from the REIT will flow directly to UPDC shareholders.

As a consequence of the UPDC Unbundling, UPDC shareholders will be allocated an asset with a current market value of N8.9 billion i.e. value of UPDCâ€™s units in the REIT based on current market prices on The NSE. UPDC’s share of the REIT’s 2018 dividends amounted to N936 million and similar dividends will flow directly to shareholders of UPDC. UPDC carries its interest in the REIT at N20.6 billion which is its share of the REIT’s Net Asset Value. The N11.7 billion difference between the carrying and listed values of UPDC’s interest in the REIT will be passed through UPDC’s accounts as a non-cash charge.

The Board and management of UAC are in the process of a strategic review, evaluating the performance of UAC and its subsidiaries. The objective is to achieve sustainable positive financial performance from its existing operations and enable management focus on businesses that align with its strategy. In reviewing UPDC, the Board weighed the long-term opportunities in the Nigerian real estate sector against the fundamental differences between the cashflow profile and capital needs of UPDC versus other entities in UAC’s portfolio. Following its review, the Board concluded that it would be in the best interest of respective stakeholders of UAC and UPDC if UAC’s equity interest in UPDC is ‘unbundled’ such that UAC no longer holds any shares in UPDC (‘UAC Unbundling’), and UPDC operates as a standalone legal entity, free to source appropriately structured capital.

Pursuant to the UAC Unbundling, the ordinary shares that UAC holds in UPDC post-Rights Issue will be transferred pro-rata to all UAC shareholders, who will hold such UPDC shares in addition to their existing equity interests in UAC. UAC will cease to be a shareholder in UPDC, and UPDC will cease to be consolidated UAC’s financial statements.

On account of UPDC’s unbundling of its interest in the UPDC REIT, post the implementation of the respective strategic initiatives described above, each UAC shareholder will hold shares in three separate entities – UAC, UPDC and the UPDC REIT benefitting from the future prospects of each.

UAC intends to support the Rights Issue such that the standalone UPDC has a much healthier balance sheet.

If the Rights Issue, UPDC Unbundling and UAC Unbundling (the “Transactions”) are successfully implemented (following the approvals of Regulators and shareholders), it is expected that:

1. UPDC will no longer own any units in the REIT

2. UPDC REIT will cease to be an associate company of UPDC

3. UPDC shareholders will become direct unitholders in the UPDC REIT in addition to their shares in UPDC

4. UPDC will cease to be a subsidiary of UAC

5. UAC shareholders will become direct holders of shares in UPDC and units in the UPDC REIT

Efforts are underway to strengthen UPDC’s board of directors and management team to ensure that the recapitalized and restructured UPDC retains its leadership position in the Nigerian Real Estate Sector. Operations, contracts and legal obligations of both UAC and UPDC will continue as normal and in line with the existing Memorandum of Articles and Association of the respective companies.

Expected benefits of the Transactions

1. The recapitalization at UPDC is aimed at reducing finance costs and achieving a Sustainable capital structure for UPDC, by introducing equity capital to refinance outstanding debt obligations and reducing the uncertainties associated with frequent debt roll-overs.

a. UAC shareholders also own shares in UPDC and units in the REIT directly, providing shareholders with investing flexibility with respect to their holdings;

b. UAC and UPDC shareholders have direct exposure to the dividend streams of UPDC REIT, which has paid dividends in every year since its establishment:

c. Increased management focus on the rest of UAC’s portfolio; and

d. UPDC operates as a standalone entity from UAC, allowing UPDC function in a more efficient and focused manner and reduce operational complexities.

b. Immediate release of value to UPDC’s shareholders, who will benefit from a direct interest in the REIT which is profitable and has a track record of dividend payments.

The UAC Unbundling and UPDC Unbundling will be implemented under a scheme of arrangement in line with section 539 of the Companies and Allied Matters Act, Cap C.20 Laws of the Federation of Nigeria, 2004 (“CAMA”), incorporating section 106 of CAMA for the consequent reduction of the share premium accounts of UAC and UPDC respectively.

The Transactions are currently being reviewed by the SEC and The NSE. In addition, the UAC Unbundling and UPDC Unbundling are subject to the approval of not less than 75% in value of the shares of members of UAC and UPDC present and voting at the respective Court Ordered Meetings of UAC and UPDC.

Further updates will be provided to all stakeholders once the required regulatory approvals for the Transactions have been received.

Accordingly, shareholders are advised to exercise caution when dealing in the securities of UAC and UPDC until requisite approvals are obtained and additional announcements can be made.

For additional information on the Transactions please contact Ibikunle Oriola (ioriola@uacnplc.com) and Bolarin Okunowo (bokunowo@updcplc.com) at UAC and UPDC respectively. 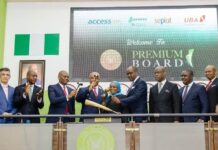 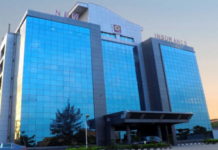 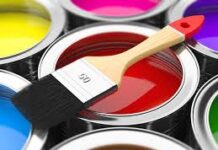 IFC & the IFC Asset Management Company Set to Sell their...