In the just concluded week, the six Governors of the south-west region of the country rounded up on preparations to inaugurate a regional security task force named “Western Nigeria Security Network (WNSN)” in October 2019.

The major reason the Governors of Ekiti, Lagos, Ogun, Ondo, Osun and Oyo set up the regional security outfit was not unconnected with the recent heightened insecurity in the region, especially on the Ibadan-Ikire-Ife Road, Ilesa-Akure Road and roads in Akoko area of Oyo, Osun and Ogun respectively.

The members of the new regional security outfit would include local hunters, indigenes and members of the Odua People’s Congress (OPC) as well as other related personnel and will be centrally controlled by the region.

The WNSN’s members who are meant to work within the ambit of the law, would be authorized to comb forests and monitor activities in the neighborhood to support the conventional security operatives.

Meanwhile, Governors in other parts of the country appear to also be on the offensive in curbing the insecurity, especially kidnappings and banditry, in their respective states as Katsina State Governor, Aminu Bello Masari, issued strong warnings to the bandits operating in his state.

This came as Governor Obaseki of Edo State stated that he would do everything possible to contain the violent crimes in his State, just after the Chief Medical Director of Irrua Specialist Hospital in Edo State was kidnapped.

Amid the spreading insecurity and efforts by the Federal Government to secure the country, the Inspector General of Police (IGP), Mr Mohammdu Adamu, on Thursday, directed the deployment of aerial surveillance helicopters to patrol major cities in the region, especially the South-western part of the country.

It is a well-known fact that investors are very sensitive to security risk and are unwilling to deploy their investments to regions festered with insecurity.

Thus, it is important that the menance of insecurity must first be tackled head-on by the President and his team in order to attract much needed investments.

While we commend the initiatives of various governors, especially those from the South-West, we also expect the Federal Government to monitor such initiatives as the abuse of the new security outfits by any these governors might pose more danger to the country’s security and harmony.

Eventually, we expect the rate of violent crimes in the South-West to reduce as the potential members of the regional security who understood the forests should be able to lead the conventional police force to the bandits and kidnappers hide-outs. 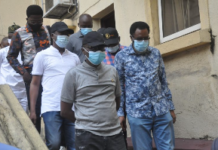 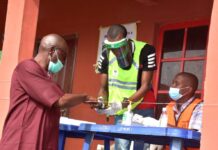 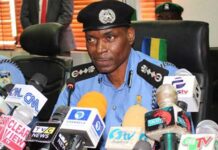