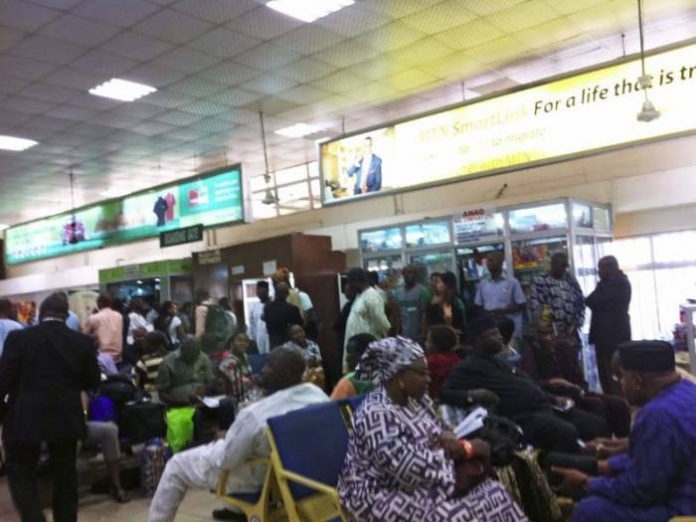 An airline source said that the price had also gone up from N200 to N220 to between N250 and N255 or N270 depending on the marketer. It was gathered that Abuja had been worse hit as airlines had to prepay and wait to be allocated the product before their flight operations.

A source in one of the airlines alleged that marketers preferred to sell to airlines that were willing to pay more. “Price has increased and domestic airlines, especially when they want to refill in Abuja, have to prepay and wait to be allocated.

But in Lagos, it is cheaper than outstations because of the time it takes for trucks to get to those places,” the source said. Our correspondent learnt that the problem was already causing flight delays while airlines were still observing the situation.

A few days ago, the Chief Executive Officer of Skypower Express Airlines, Capt. Muhammed Joji, had said about 265 pilgrims who were supposed to be airlifted by the carrier were stranded in Saudi Arabia as scarcity of aviation fuel disrupted their planned return.

Joji said the carrier’s outbound flight was disrupted as attempts to purchase aviation fuel in Lagos and Kano were futile. Although efforts to get reactions from the Major Oil Marketers Association of Nigeria failed, a marketer who craved anonymity told The PUNCH that aviation fuel market was deregulated and could be affected by market forces.

The marketer, who stated that he was not certain about what caused the current rise in the price of the product, said a lot of factors could be responsible.

“We don’t produce aviation fuel. So if something happens at the point of importing it, the marketers can spread the cost,” he said. Aviation analyst, Mr Olumide Ohunayo, said aviation fuel had been a recurring challenge that airlines would continue to deal with as it accounted for 30 to 40 per cent of their operation costs.