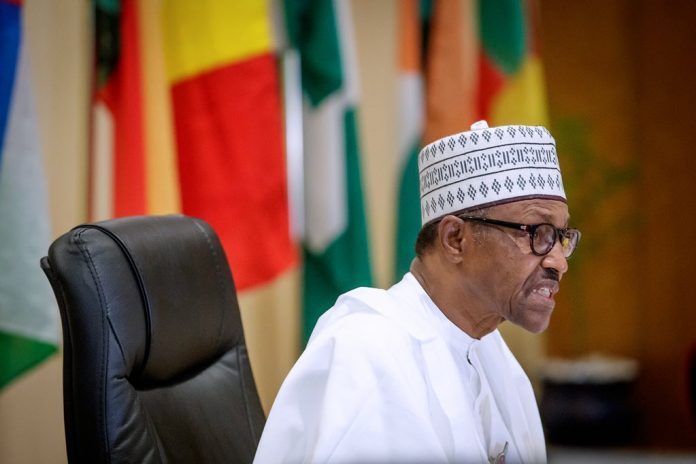 ABUJA, Aug 21 – Nigeria’s President Muhammadu Buhari swore members of his cabinet into office on Wednesday, assigning a new minister of state for petroleum in Africa’s top producer of crude oil.

Buhari kept the petroleum portfolio for himself, as in his first term, and appointed Timipre Silva as the junior minister, who is widely expected to manage the portfolio on a day-to-day basis.

Nigeria, which has Africa’s biggest economy, remains heavily reliant on crude oil sales despite efforts by Buhari to boost non-oil revenues since he first took office in 2015. Oil receipts account for about 90% of foreign exchange and low oil prices helped to push the country into recession in 2016.

Zainab Ahmed, who became finance minister in September last year after her predecessor resigned, retained the position with additional responsibilities for the budget and national planning.

The cabinet of 43 ministers faces a long list of challenges including tepid growth following Nigeria’s emergence from recession in 2017, high unemployment and galloping inflation that has hit the poorest people in a nation of 190 million people, most of whom live on less than $2 a day.

And security forces have been stretched as they try to tackle Islamists waging a decade-long insurgency in the northeast, banditry in the northwest and clashes between nomadic herdsmen and farming communities over dwindling arable land in central states.

“The core objectives of this administration are to improve security, achieve diversified, inclusive economic growth and fight corruption,” Buhari told his cabinet at the swearing in ceremony.

The ministry of power, housing and works – created to address challenges related to the country’s ailing electricity and transport infrastructure when Buhari first took office in 2015 – was broken up.

Babatunde Fashola, a former governor of commercial hub Lagos state who headed that super ministry in the first term, was named minister for housing and works.

Sale Mamman, a businessman and former ministry of works official, was given the power portfolio. His task will be to tackle a poor electricity supply that holds back everything from manufacturing to education, while addressing spiralling debts that have crippled the power sector and held back investment.

“We have seen an exodus of the more capable and technocratic ministers and in their place there are politically connected replacements,” said Malte Liewerscheidt, vice president at Teneo Intelligence.

He said some of the new entrants were stalwarts in Buhari’s ruling All Progressives Congress (APC) party, who appear to have been rewarded for helping him to win February’s election, while others were part of a bid to solidify the party’s base in some parts of the country ahead of elections in 2023.

“There are no real surprises here. The potential for positive change is rather limited,” said Liewerscheidt.