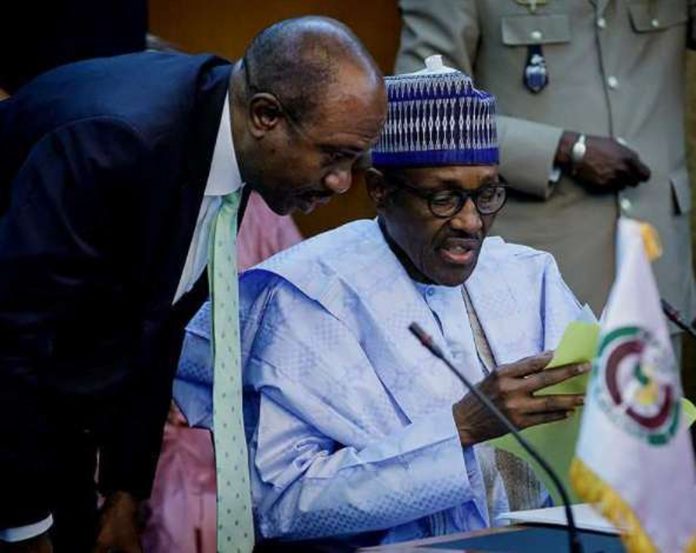 Analysts revealed further that President Buhari’s directive to the CBN Governor to deny the food importers access to foreign currecncy appears to be an attempt to strip the CBN of its independence and could lead to loss of investors’ confidence in the Nigeria’s monetary authority, especially foreign investors, as the CBN should be seen as an independent institution which is capable of making its policies based on comprehensive and scientific methodology rather than by fiat.

Despite the several positive sides of his directive – such as stimulation of domestic food production –, we expected the President to have only played an advisory role.

We disagree with the President’s definition of food suffiency as Nigeria’s food situation anecdotally contradicts the the position of the United Nations’ Committee on World Food Security which recommends that all people, at all times, have physical, social, and economic access to sufficient, safe, and nutritious food that meets their food preferences and dietary needs for an active and healthy life.

Meanwhile In the just concluded week, President Muhammadu Buhari ahead of the inauguration of his new 43 ministers, who will steer the ship of Nigerian economy with him, hinted that he favoured any invidual with expertise in agriculture to head the Federal Ministry of Agriculture as his administration would be focusing on the sector in his second term due to its potential to create jobs for Nigerian youths.

Also, he mentioned that targets would be set for all incoming Ministers in order to monitor and appraise their performances. The President, who was of the view that foreign monies, especially the USD, earned by the country should be used to diversify the economy, instructed the Governor of the Central Bank of Nigeria (CBN), Godwin Emefiele to bar food importers from accessing foreign currency from the official channels.

According to the leader of the oil-rich African country, Nigeria had achieved full food security given its recent progress recorded in the agricultural sector. He cited states such as Ogun, Kebbi, Lagos, Jigawa, Kano and Ebonyi which have engaged in rice farming and were making good profits.

Also, monthly food inflation slowed m-o-m to 1.26% in the month of July from 1.36% in the month of June despite the worsened insecurity challenges in the country in recent times as well as the anticipated decline in food stockpiles which is usually the case during the planting season.

Also, we saw core inflation rate slow on a montly basis to 0.77% (from 0.85% in June). However, y-o-y change in price level for imported food increased by 0.64% as Naira depreciated against the USD in most FX market segments, especially at the interbank window where monthly average foreign exchange rate rose (i.e Naira depreciated) y-o-y by 8.37% to N357.62/USD in July 2019.

Also, we expect that implementation of such a directive could result in cost push inflation for food items that are not sufficiently produced in the country. Meanwhile, we expect imported food inflation rate to further rise going forward as demand pressure on the Naira persist amid the recent outflows of foreign portfolio investors and declining crude oil prices engendered by the continuing trade war between US and China 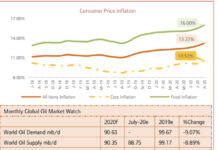 Speculators to scrap market for short term gains next week amid...