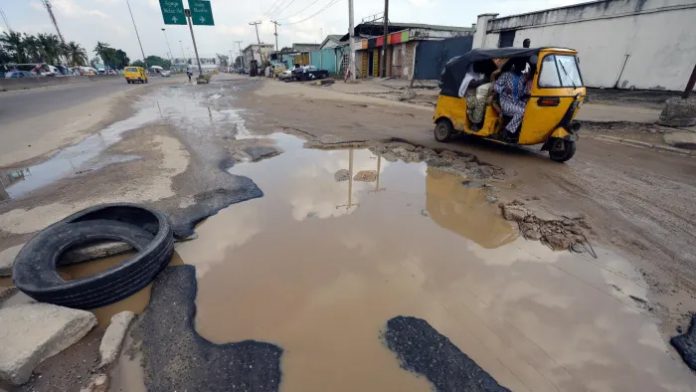 The Country Director, World Bank Group, Rachid Benmessaoud, says the bank’s net commitment to Nigeria over the years is about $11 billion.

He said this on Thursday in Abuja at the maiden edition of the Nigeria Portfolio Performance Award.

Organised in partnership with the Ministry of Finance, the award was to recognise and honour outstanding performance from project implementation units of World Bank supported projects at states and federal levels.

According to him, the bank’s commitment is geared toward projects targeted at alleviating poverty and improving the lives of the people.

He said 60 per cent of the bank’s programmes were implemented at the state level and another 40 per cent by the federal government.

Mr Benmessaoud said the bank’s portfolio in Nigeria was among the largest in the entire African region, adding that it had more than 30 operational projects.

He said the projects cut across health, education, agriculture, social protection, energy, infrastructure, and governance among others in the 36 states of Nigeria, including the FCT.

He also said the bank was working toward a new country partnership framework that would outline the new reform challenges that the government faces and how it could support it in implementing solutions to the challenges.

“The country partnership strategy is always anchored on the economic reform plan of the government and in this case, we have used the Economic Recovery and Growth Plan (ERGP).

“Which is the medium term programme of the government on which we are anchoring our country partnership framework.

“We have plans to scale up our commitment but you know the scale up is not only about funding.

“One can say it is really important to realise that even if we scale up, it will not be sufficient to address the large gap that is needed to be filled.

“We feel that the world bank can play a catalytic role in creating a conducive environment for private sector to finance infrastructure so that we can create the fiscal space for the government to put more money in human capital and in social spending.’’

Speaking about the awards, the country director said it was introduced to recognise the various entities that were involved in implementing the bank’s programmes in terms of their performance.

“We have a number of criteria with which we have evaluated these entities and we felt that bringing all of these entities together into an award ceremony would help us to recognise all of the good works that all of them are doing and recognise those that have done something special that others can replicate.

He said the states were evaluated based on their investments, quality of briefings that they prepared for reporting to their boss (governor/commissioner) and quality of mechanisms that exists at the state level.

Mr Benmessaoud added that the awards would henceforth be an annual event.

The Permanent Secretary of the Federal Ministry of Finance, Mahmud Isa-Dutse, restated the ministry’s commitment to the World Bank in building an enabling environment to manage its portfolio in Nigeria.

He added that the ministry would assist the bank deliver on all its projects implementation.

The Governor of Kaduna Sate, Nasir El-Rufai, while speaking with journalists on the sidelines of the event, said it was an excellent idea that would make the states to compete at the level of governance.

He also said the awards would make the state governors interested in World Bank projects and utilise them.

“One of the things I found upon taking office about four years ago was that most governors do not know what is going on as far as World Bank financed projects are concerned.

“Often you find large amounts of money sitting idle that can be used for the benefit of the state that the governors are not aware of.

“The more the states carry out their projects, the more impact they will have on social sectors because most of the projects financed by the World Bank are targeted at social sectors like education, health care, nutrition and so on.’’

Mr El-Rufai said the Nigerian Governor’s Forum (NGF) was currently more aware of the bank’s projects because of the bank’s constant briefings, but that some governors engaged more than others as some were hands-on while some were a bit disconnected.

“My appeal to my colleagues is that they should take charge of their World Bank projects and other multi-laterally financed projects so that they will know what is happening.

“I get monthly briefings in Kaduna about our projects and that is why we got some recognition for our level of coordination.’’

According to him, the nation’s growth rate of 2.6 per cent as a country is too low and with population growth rate higher than that, the economy needs to grow more.

“It is a significant part and we all appreciate it but we need to do much more. One single intervention cannot alleviate poverty. You need many interventions at the same time.’’

The Permanent Secretary, Ministry of Finance, Yobe State, Mohammed Geidam, said the state clinched so many awards as a result of the hard work of its team in the state.

He said the state had been devastated by Boko Haram and tried to make good use of any resource that came to it to better the lives of the people.

“It is an avenue from not only the World Bank, but other development partner sources are seriously tapped.

“The situation in our state was so devastating even before the Boko Haram issue and the state was classified as one of the poor states in the country and with the insurgency, the state went farther down.

“We are doing our best to make sure that the little resources we are getting from the federation account and the development partners are harnessed to bring our people out of abject poverty we are currently in.’’

The overall best performing state across the federation for Investment Project Financing Instrument went to Yobe, while Performance for Result Instrument and best state coordination mechanism went to Kaduna State.

This year, Lagos will try to finish up either waterways or...