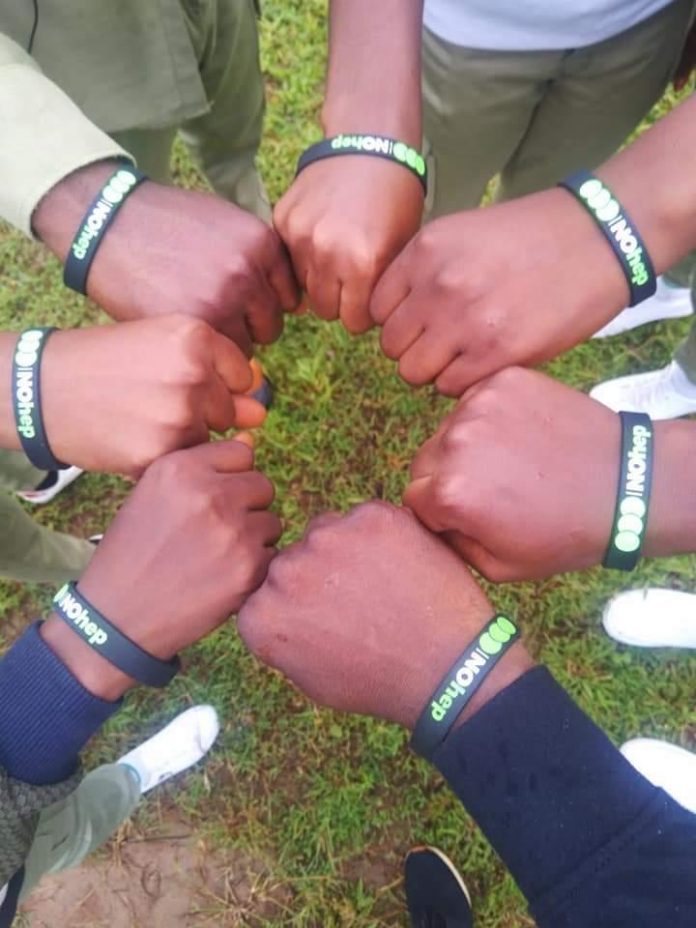 By our correspondent in Taraba

Wednesday, July 31,2019
Viral hepatitis, according to the national coordinator ,Civil Society Network on  Viral Hepatitis in Nigeria , Danjuma K. Adda , kill more than 1.34 million people each year more than HIV/ AIDS or malaria.
Adda who made this known while briefing media practitioners during the World hepatitis day , which was organized by the Centre for Initiative and Development (CFID), in collaboration with the state Ministry of Health, Taraba state branch of the National Youth Service Corps (NYSC) as well as the state university , felt sad that some persons living with the disease are completely unaware of it.
According to him “” currently 289 million people living with viral hepatitis completely unaware ” adding that “one of the key reasons for this is a lack of awareness about the disease.”
Adda who also doubles as the Chief Executive Officer of the CFID , felt sad that every year “more than 200,000 people in Africa are dying from complications of viral hepatitis B and C related liver disease” among which according to him includes cirrhosis and liver cancer.
State most burdened by the aforementioned ailment, as stated by him is Taraba state which he said have no fewer than 300,000 persons across the nooks and crannies of the state living with the disease.
Even though the state government was said to be the first government to initiate a hepatitis prevention and treatment programme , he felt dejected that the programme only address the plight of patients with chronic hepatitis B thereby abandoning those with viral hepatitis C.
Stressing that ” Taraba hepatitis project is not  currently providing treatment for hepatitis C”, he admonished the state government to as a matter of urgency scale up treatment for  hepatitis C patients” by adopting the much effects and affordable HBV treatment in the interest of the public. “
Urging the federal government of Nigeria to show commitment “to finding innovative domestic financing of viral hepatitis in Nigeria”this as suggested by him ” could be achieved through partnership with Public Private Partnership (PPP).
The National Health Insurance Scheme (NHIS), in his view , should go extra legitimate miles to “operationalize the financing of viral hepatitis testing, diagnostics and treatment for Nigerian” adding that “at the moment viral hepatitis diagnostics is not covered under the NHIS , as 95% cost are out of pocket.”
Calling on the public to desist from discriminating against persons living with the disease, employers of labour and private firms as admonished by him should cease from discriminating “against people living with hepatitis”  suggesting that ” they should also make provision for testing and vaccination for their employees.”
Sad that Nigeria which pride itself as the “giant Africa is lagging behind ” while other smaller countries are making headway in tackling the disease, he expressed dismay that “at the moment, Nigeria is only implementing the birth -dose vaccine and blood donour screening, with no government funded treatment programmes.”
Join Naija247news Alerts on Telegram

Can we ease motion sickness through mental training?

What to know about Eyelash mites.

Why your immune system is key in the fight against cancer