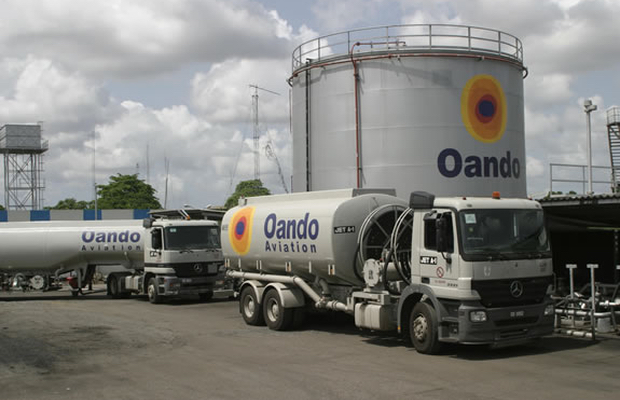 Oando PLC has announced its financial results for the six months ended June 30, 2019 with a profit-after-tax (PAT) of N7.2 billion. Oando who had its operation grind to a halt during the Securities and Exchange Commission (SEC) sanctioned siege of its head office by the Police, weathered the storm to record a 6% increase in revenue to N315.4 billion from N297.3 billion in comparative period of 2018.

Worthy of note is the fact that, since its acquisition of ConocoPhillips Nigeria in 2014, Oando has embarked on a proactive drive to significantly reduce its debt and liabilities. The Group reduced its total borrowings for the period by 5% to N200.7 billion from N210.9 billion in FYE 2018, totaling a 58% reduction in debt since 2014 from N473.3 billion. At the same time as in its Upstream business reduced borrowings by 13% to $221.13 million compared to $255.6million in FYE 2018, totaling approximately 72% debt reduction from $801.6 million in 2014. The company further reduced its Reserve Based Lending (RBL) facility by a 99%.

Commenting on the results, Oando’s Group Chief Executive, Adewale Tinubu said; “Half year 2019 was a positive period for us as we achieved Strong top and Bottom line earnings despite our overall performance being tempered by a one-off N14 billion charge. Our crude oil and natural gas production grew by 15% and 8% respectively compared to the similar period last year while we also achieved a significant reduction in our RBL facility to approximately $0.4 million from $450 million at inception- a 99% reduction.”

In the period under review, the oil sector accounted for 9.1% of the country’s Gross Domestic Product (GDP) compared with 9.6% in H1 2018. Oil export for the period was at 1.37 million barrels per day (mbd) or about 42.5 million barrels, a shortfall from the 1.47mbd or 44.1 recorded in the preceding year. In addition, the Nigerian economy advanced 2.01% year-on-year which was below market predictions of 2.1% compared with 2.4% growth in same period of 2018, mainly due to a steeper contraction in Nigeria’s oil sector which shrank by 2.4% in the first quarter of the year.

Also worthy of note is Oando’s full divestment from its hitherto midstream business Axxela, formerly Oando Gas and Power to Helios Investment Limited, signifying a full divestment of its naira earning businesses and reinforcing the Company’s stance as a partner of choice for investors into the country. Speaking on the divestment, Wale Tinubu said: “We also concluded the divestment of our residual interest in Axxela for US$41.5 million, in line with our strategy of divesting from non-strategic assets and remain on track to deliver on all our initiatives for the year.”

Oando is one of the few companies that have been through the storm and still continues to wax strong, from purchasing a whopping $1.6billion IOC Nigerian assets when oil prices were approximately $112, witnessing a crash in oil prices immediately after the purchase, to recording the largest loss in corporate history, the company continues to validate the saying that you die when you stop trying.

At the recently concluded Nigeria Oil & Gas Conference, Wale Tinubu, gave a resounding speech, highlighting that the ConocoPhillips transaction was extremely challenging in the sense that the company had to pay a non-refundable deposit of $450m and had to worry about how the rest of the capital would be raised in a short time frame. There was also the unexpected delay in getting Ministerial consent, despite being an indigenous company which led to the transaction stretching for 18 months.

Wale Tinubu said: “The bad news is not only was it a very expensive transaction then because the price of crude oil was $112 when we closed and by December crude oil prices had dropped to $60 per barrel, one year after the acquisition, crude oil prices had dropped even further to $30 a barrel. You can imagine us signing the largest cheque in our corporate history and immediately after the market doing a complete reverse. This was coupled with being in an era where Niger Delta militancy was on a high, production was severely hampered; we had a large swamp rig operation and pipelines network which were affected”. Today, Oando is in its third year of consecutive profits.

In the period under review, Oando recorded other wins. The company’s upstream business along with its Joint Venture (JV) Partner, Energia Limited was recognized in June for its commitment to community development in Delta State. Some of its community development initiatives in the communities include, a network of asphalted roads of more than 10.13km with drains within Ebendo, Obodougwa, Umusam, Isumpe, Ogbe- Ani and Umusadege communities. State of the art water boreholes installed at various locations for Obodougwa and Umusam communities, aimed at providing access to potable water and reducing the risk of contracting water-borne diseases, the installation of transformers and streetlights at Umusam, Isumpe, Ogbeani, Umusadege communities, the construction and renovation of classrooms in Primary and Secondary schools in Delta State and the provision of Scholarships to Novena University Staff School, for 32 students from Emu- Ebendo, Obodougwa-Ogume, Isumpe, Ogbeani, Umusadege, Umusam and Obodeti communities.

In May, Oando’s GCE, paid a visit to Internally Displaced Person (IDP) Camps in North-East Nigeria, under the umbrella of the United Nations (UN) Nigerian Humanitarian Fund- Private Sector Initiative (NHF-PSI). The NHF-PSI is made up of fourteen leading private sector companies in different sectors of the economy. Setting the pace for the oil and gas industry, is the indigenous leader, of Oando PLC, whose GCE serves as the Secretary of the Steering Group of NHF-PSI. To assess the situation firsthand, Wale Tinubu led a delegation that included Herbert Wigwe, Managing Director of Access Bank and Kyari Bukar to a first ever collective tour of two IDP camps in Maiduguri, Borno. The objectives of the tour was also to raise awareness of the plight of the millions of people in the North-east, and more directly galvanize a new wave of donor support for the initiative from businesses and individuals across the country.

Speaking on the tour the GCE said; “This initiative is about Nigerians helping each other. Today, I have witnessed some of the most vulnerable people; women and children in the most dire circumstances. Having seen the magnitude of their humanitarian needs it is obvious that it is not a task that the Government or any one agency can take on alone. Now more than ever there is a global realisation that collaboration, convening and cooperation are the only path to creating the society we desire. The realisation that no one person, group or authority has all the answers, but we achieve so much more when we explore ways of combining forces, innovating and working together. We as private sector leaders, have a collective responsibility to lend our diverse resources to alleviate the suffering of our fellow Nigerians. The onus is on us to use our position to repair, nurture, build and sustain our society and pave a path for a truly inclusive economy.”

Most recently, the Lagos Midstream Jetty (LMJ), a brain child of Oando and a first class piece of engineering that meets global standard, now operated by OVH Energy, celebrated its 100th berth. LMJ was the highest receiving Lagos Jetty in June 2019.

The future outlook seems promising for Oando PLC. Oil prices have stayed above $65 per barrel for most of 2019, and the company expects prices to remain at their current levels in the near term. According to its press statement, the company will focus largely on driving profitability via growth in its upstream business through increase in production initiatives via strategic alliances, whilst ensuring operational efficiency and fiscal prudence. The company will continue to work with its partners to achieve cost optimization on its JV operations, ensuring the gains from higher revenues are not lost to increasing operating costs.

Speaking on the future outlook for the company, Wale Tinubu said; “Looking ahead, our focus will be on achieving further growth and profitability by delivering on our production growth initiatives through strategic alliances and partnerships.”

Oando continues to be audacious and unrelenting in its drive to create value not for itself and its shareholders but for the country at large. Following incessant wins, the company is on its way to ending 2019 on a positively high note for its stakeholders alike.