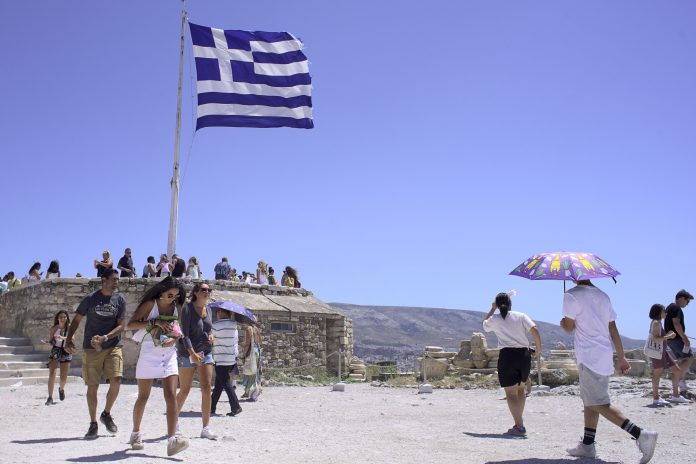 The yield on Greek debt has fallen below 2% for the first time ever.
Euro zone yields have tumbled as investors pile into bonds.
The rally in fixed income is a direct response to fears over global growth.

The return on benchmark Greek government debt has dipped below 2% for the first time ever and is now clearly below the yield on the 10-year U.S. Treasury note.

The yield on Greece’s 10-year bond, which falls as bond prices rise, reached an all-time high of around 48% in March 2012 during the most frantic days of the euro zone debt crisis.

But on Wednesday, the debt yield hit a record low of 1.99% and moved below 2% again on Thursday morning as investors placed bets that the European Central Bank (ECB) is ready to attempt more stimulus to revive Europe’s soggy growth.

The sub 2% figure that the Greek government now must pay to issue bonds is currently lower than the “safe haven” U.S. Treasury which was at 2.03% on Thursday morning. This switch was first noted earlier this month after the center-right New Democracy party swept to power in Greek elections.

The dramatic fall in Greece’s borrowing costs is a testament to how much it is now considered a stable member of the European Union, especially given that as recently as 2018, total Greek government debt was calculated at 181% of the country’s gross domestic product.

It could also be a sign of desperate investors who are hungry for yield in a low-return world. Negative returns on core euro zone debt have pushed bond buyers to look at riskier sovereign debt from countries like Italy and Greece. Last Tuesday, Greece sold 2.5 billion euros of seven-year notes, attracting more than four times the bids needed to fulfil the sale.

U.S. manufacturing PMIs hit exactly 50.0 in July. The lowest number in almost 10 years. Above 50 indicates factory expansion, below suggests contraction. The picture in German manufacturing is worse. The PMI manufacturing index fell to 43.1 from 45.0 the previous month. The latest reading was the lowest since July 2012.
Yields to fall further
Bob Michele, J.P. Morgan Asset Management CIO and head of global fixed income, told CNBC’s “Half-Time Report” last week that U.S. 10-year paper could go to zero or even negative by 2022.

Michele said with major banks on the cusp of fresh stimulus and cutting rates, as well as a record $3.3 trillion sitting in money market funds, there was no reason to believe that investors were done buying fixed income.

“All that money could circle around and go into the bond market,” he said.

Societe Generale’s perma-bear Albert Edwards, meanwhile, said this analysis revealed a growing belief in his long-held theory that yields are on the cusp of falling sharply which in turn would trigger deflation and herald a battle to lower currency values.

Any additional stimulus by ECB President Mario Draghi at its meeting Thursday, would be seen as having the effect of lowering euro zone interest rates and weakening the euro.

In a note Thursday, the SocGen strategist claimed that should the ECB resume its easing program, just six months after it stopped its stimulus, a global currency war will “explode into life as President Trump explodes in anger.”

Edwards claimed that Trump won’t want the strong U.S. dollar to “import deflation” from other countries and he would soon intervene in foreign exchange markets to weaken the U.S. currency.