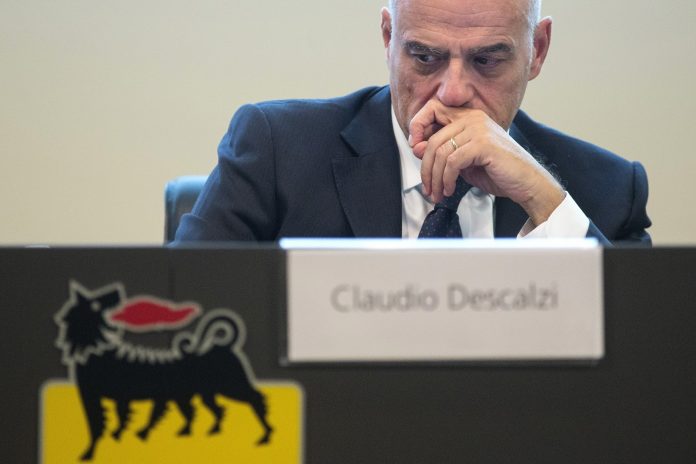 ABUJA, July 24 (Reuters) – Nigeria’s state oil firm said on Wednesday it had suspended cash call repayments to Eni for three months and did not plan to renew some of the Italian firm’s asset licences.

The Nigerian National Petroleum Corporation (NNPC) owes billions of dollars to international oil companies, including Eni, its share of operating costs for their joint ventures. Of the original $5 billion owed two years ago, repaid through a system known as cash calls, about $3 billion is now outstanding.

But NNPC has withheld three months’ payment to Eni over a set of disputes. Delayed payments for the cash calls have hindered development of some of the country’s oil assets.

Among the issues raised by NNPC are that Eni’s licences for some oil assets have expired, but Nigeria’s government does not plan to renew them as it wants the state oil firm to take over.

The Nigerian firm did not specify which of Eni’s licences it would not renew.

“The failure to pay cash call arrears in the last three months was deliberate and meant to ensure that the issues surrounding the agreement (are) settled,” the NNPC said in a statement, adding it has the money to pay and expects a resolution by the end of the week.

Eni said in a statement the “issue of arrears … has briefly been dealt with over the course of a very warm and constructive meeting with the new management of NNPC.”

President Muhammadu Buhari in June appointed Mele Kyari, a geologist, to head NNPC. Kyari is also Nigeria’s representative at the Organization of the Petroleum Exporting Countries.

“The cause of the delay in payment was identified as a technical one and NNPC agreed to resume payments,” Eni said.

NNPC urged Eni to complete the first phase of rehabilitating Nigeria’s Port Harcourt refinery by the scheduled date of October, the statement said.

It added that Eni’s executive vice chair for sub-Saharan Africa, Brusco Guido, said the Italian firm listed a number of challenges that had hampered its operation and asked NNPC to help resolve them in order to meet its target of growing the joint ventures’ oil production by 30% over last year’s rate.

Man Claims He Was Deceived Into Drug Trafficking Because I Was...