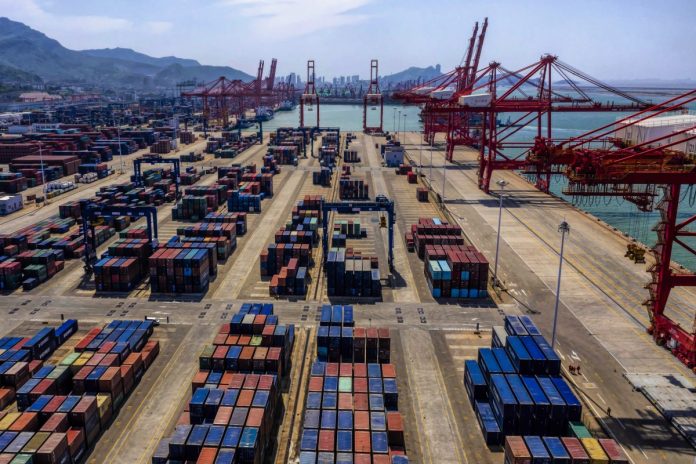 Following the global financial crisis, overall current account surpluses and deficits fell sharply from about 6 percent of global GDP in 2007 to about 3.5 percent in 2013. Since then, as shown in our new External Sector Report, global current account imbalances have declined only slightly to 3 percent of world GDP in 2018, while rotating toward advanced economies and away from emerging economies, including China whose current account is now broadly in line with fundamentals.

Trade actions and tensions have so far not significantly affected global current account imbalances, as trade has been diverted to other countries with lower or no tariffs. Instead, as highlighted in an earlier blog, these trade tensions and related uncertainties are weighing on global investment and growth, especially in sectors most integrated into global supply chains (where production is carried out across multiple countries).

Despite the narrowing of global current account imbalances, stock imbalances (measured as the sum of countries’ net foreign assets and liabilities) have continued to increase, as creditor countries have run surpluses and debtor countries have run deficits for the most part. At 40 percent of GDP, stock imbalances have reached a historical peak and are four times larger than in the early 1990s. Moreover, gross external debt liabilities of sovereigns and corporates have risen sharply in some economies in recent years, supported by benign global financing conditions. This entails financial stability risks not only for borrowers in deficit countries but also savers in surplus countries.

Having a proper understanding of countries’ external positions—current accounts, stock positions, and currencies—is critical to highlight policymakers’ shared responsibility to tackle external imbalances before they become too risky.

External imbalances are not necessarily a cause for concern, as there are good reasons for countries to run deficits and surpluses at certain points in time. For example, it is natural for young, fast growing economies to run deficits and borrow from aging advanced economies with weaker growth potential. But just as over-indebted households may lose access to credit if their earnings become insufficient to repay their debts, economies that borrow too much and too quickly from abroad may become vulnerable to sudden stops in capital flows. This would, in turn, negatively affect creditor economies as they would suffer losses on their external assets. Therefore, the challenge lies in determining when they are excessive or pose a risk.

Using a combination of numerical tools and country-specific insights, we estimate that about 35–45 percent of overall current account surpluses and deficits were excessive in 2018. Excessive current account surpluses remained centered in the euro area (driven largely by Germany and the Netherlands) and in other smaller advanced Asian economies (Korea and Singapore), while excessive current account deficits remained concentrated in the United Kingdom, the United States, and some emerging market economies (Argentina and Indonesia).

After many years of excess current account surpluses, China’s external position moved to become more broadly in line with fundamentals in 2018. This decline reflected a combination of structural factors and expansionary credit and fiscal policies, but also greater exchange rate flexibility and the associated real appreciation over the last decade.

Risks from the current configuration of external imbalances are generally contained, at least in the near term as current account deficits and debtor positions are largely concentrated in advanced economies that issue reserve currencies. That said, not everyone is immune. An intensification of trade or geopolitical tensions—with negative repercussions for global growth and risk appetite—could affect economies that are highly dependent on foreign demand or external financing.

Over the medium term, in the absence of corrective policies to reduce imbalances, trade tensions could become entrenched. Moreover, a further increase in countries’ external debts in key countries could trigger costly disruptive adjustments that could spill over to the rest of the world.

That’s why both surplus and deficit countries must work together to reduce excess global imbalances in a manner supportive of global growth and stability.

How to tackle imbalances

Many countries are now near full employment and have limited room to maneuver in their public budgets. So, governments need to carefully calibrate their policies to achieve domestic and external objectives. Countries with excess current account deficits, like the United Kingdom and the United States, should adopt or continue with growth-friendly fiscal consolidation, while those with excess current account surpluses, like Germany and Korea, should use fiscal space to boost public infrastructure investment and potential growth.

Moreover, carefully tailored and sequenced structural policies should play a more prominent role in tackling external imbalances, while boosting domestic potential growth. Reforms that encourage investment and discourage excessive saving—for example through the removal of entry barriers or stronger social safety nets—would support external rebalancing in excess current account surplus countries. Reforms that improve productivity and workers’ skill base are appropriate to promote exports in countries with excess current account deficits. Even economies with external positions that we assess to be broadly in line with fundamentals, like China and Japan, need to adopt policies that address domestic imbalances and prevent a resurgence of external imbalances; this requires structural reforms that facilitate competition in sectors like services.

More generally, all countries should avoid policies that distort trade, as they tend to come at the expense of global trade, investment, and growth. Instead, surplus and deficit countries should work toward reviving international trade and strengthening the rules of the multilateral trading system that have served the global economy well over the past 75 years.