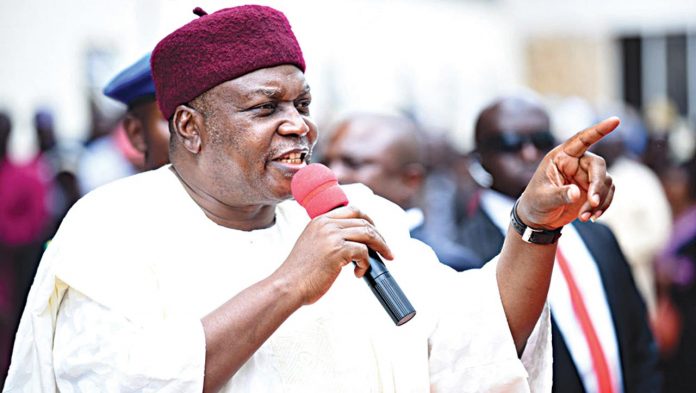 By our correspondent in Taraba

At last the much expected distribution of free treated mosquito nets have finally commenced in Taraba state as the state governor, Arc.Darius Dickson Ishaku flags off the distribution exercise.

The flagged off which was geared towards distributing over two million free treated mosquito nets to all households in the state , is being carried out by the state Ministry of Health in collaboration with the National Malaria Elimination Programme (NMEP) and the Catholic Relief Services (CRS).

At the occasion, the governor assured the implementing partners of the much needed helping hands that would prevent the people from dying from diseases that are preventable.

He noted that for the past four years, his administration had given utmost priority to healthcare stressing that it has been at the forefront in the list of his achievements not only in malaria control, but also in other areas.

According to him ” Let me appreciate the efforts of all our implementing partners who are willingly here to support us to achieve our set targets and goals because without them, there will be a huge vacuum in our healthcare delivery system .”

Also speaking, the Country Representative of the Catholic Relief Services (CRS) in Nigeria, Rebecca Hallam said that her organization is currently the co-principal recipient of Global Fund Malaria Grant along with National Malaria Elimination Program (NMEP).

Bent at ensuring that CRS work round the clock to put an end to malaria , she said “Malaria remains a major public health challenge in Nigeria and a key cause of mortality and morbidity, especially among children and pregnant women.”

Adding that “The Global Fund to Fight AIDS, Tuberculosis and Malaria (GFATM) has consistently supported the government and people of Nigeria in the fight to reduce morbidity and mortality due Malaria in the country.”

According ti her it was in view of this goal that NMEP and CRS are working with the Taraba Ministry of Health, with funding from Global Fund, to distribute more than 2 million LLINs across the 16 LGAs of the state.

“CRS recognizes the enormity of implementing such a huge mass distribution campaign and we are committed to ensuring a successful, hitch-free exercise in collaboration with NMEP and the government of Taraba state.

acknowledging the support and cooperation provided by Gov. Darius Ishaku and the government and people of Taraba state, she assured the people that “In the months leading up to this campaign, the Taraba state government has been an exemplary partner showing dependability and reliability in mass LLIN distribution campaign in Nigeria, she explained. ”
END 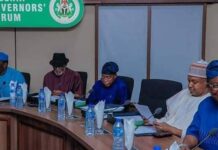 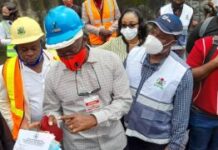