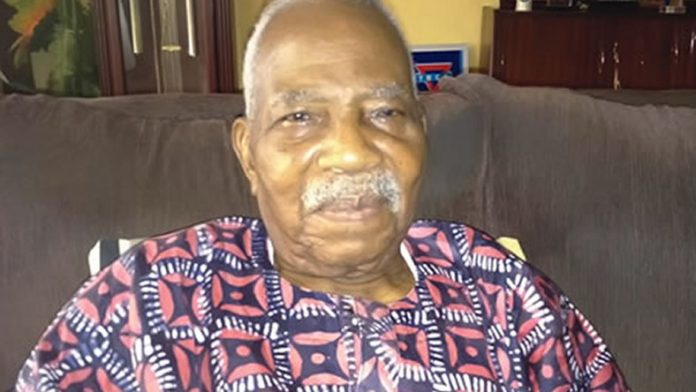 The Senate on Sunday condole with the family of Afenifere leader and elder statesman, Pa Reuben Fasoranti, over Friday’s murder of his daughter, Mrs Funke Olakunrin, along akure-Ore road, in Ondo State.

The Senate in a statement by its Ad-hoc Chairman on Media and Public Affairs, Sen. Adedayo Adeyeye, described the gruesome killing of the 58-year-old woman as very sad, devastating and a worrisome development.

Adeyeye said the senate was disturbed by the spate of incessant attacks and wanton killings of citizens either by hired assassins, herdsmen, kidnappers and or other men of the underworld.

He said the perpetrators of the heinous crime were wreaking havoc on the lives and properties of innocent citizens in the country.

He said security of life was a fundamental right of every citizen, adding that Nigerians deserved their inalienable right from the government at all times.

“While condemning this heinous and barbaric act, the senate urges the Inspector General of Police, Mohammed Adamu to begin massive manhunt for the killers of Late Mrs Funke Olakunrin and ensure that the perpetrators of this gruesome killing are apprehended.’’

He said measures to prevent future occurrence of such incidence should be put in place by improving the security architecture on Nigeria’s highways, at social gatherings and at worship centres nationwide.

“The senate further extends its condolences to the elder statesman, Pa Reuben Fasoranti and the entire family.

“We pray God will console and be with the entire family in this hour of bereavement,’’ Adeyeye said.