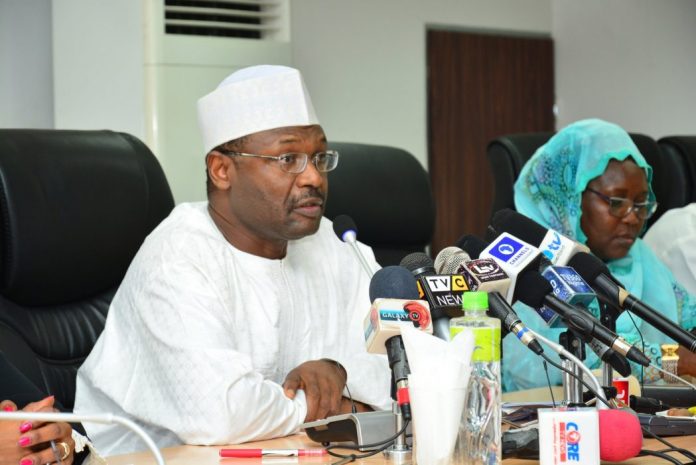 The Chairman of the Independent National Electoral Commission (INEC), Prof. Mahmud Yakubu, yesterday reiterated the determination of the agency to improve on future elections.

He said the envisaged improvements would be noticeable in the proposed governorship polls in Kogi and Bayelsa states on November 16 and the first post-2019 by-election holding in a constituency in Plateau State, which became necessary following the death of the legislator-elect.

He noted the recommendations of the foreign observers, including the Commonwealth Observers’ Group and European Union (EU), pointing out that, while certain aspects of their recommendations can be addressed administratively by the commission, other suggestions can only be addressed through legislation by the National Assembly and other agencies.

Yakubu spoke at the INEC post-2019 General Elections Review Meeting with the Media in Lagos, where participants brainstormed on critical challenges confronting the electoral system and how they can be resolved by the INEC and other stakeholders.

The six challenges identified include the procedure for accreditation of media organisations and reporters, access to information on INEC and its officials before and on election day, adequacy and effectiveness of public enlightenment and voter education, conduct and experiences of voters on election day, especially people living with disabilities and other vulnerable persons, voter turnout, conduct and experiences of party agents, security personnel, candidates and political party chieftains, collation and declaration of results, fake news and hate speech.

Thanking the media for their assistance and support, Yakubu said during the postponement of the 2019 elections, the fourth estate of the realm gave the development much publicity which further helped the process.

Lagos State Resident Electoral Commissioner (REC) Sam Olumekun lamented that INEC was being blamed for many situations beyond its control, including vote buying, violence, violation of nomination guidelines by political parties, unmindful of where the country was electorally in 1999 and feats achieved by the commission.

The National Commissioner in charge of Voter Education, Festus Okoye, said since INEC lacked its own radio, television and printing press, it will always rely on the media for information dissemination to Nigerians.

Acknowledging the push for constitutional amendment in aide of the electoral process, he observed that while it is necessary to amend the law, it is a mistake to think that it is capable of resolving allthe challenges.

He said to ensure a credible process, stakeholders must rise to the occasion by maintaining fidelity to the electoral laws.

Okoye said further debate was required on the adequacy of the constitutional framework for the registration and regulation of political parties.

He also said the searchlight should be beamed on the time frame for the adjudication of pre-election matters by the court before the election.

Other issues which the INEC commissioner said were worthy of review included the need for exclusive court jurisdiction on pre-election matters by a court, declaration of results contrary to the law, consideration for electronic voting and combination of electronic and manual voting, and the setting up of separate electoral commission for electoral cases.

The President of Guild of Editors, Funke Egbemode, who was represented at the review, complained that security agents were fond of harassing journalists on electoral duty.

The Chairman of Nigerian Union of Journalists (NUJ), Lagos State branch, Dr. Qazeem Akinreti, who reflected on the pre-election challenges, said when parties nominate candidates in error, INEC should not uphold the error.

Noting that some aspirants may be excluded from the intra-party selection process, he said the agency should consider the option of independent candidacy.

Akinreti frowned at the tradition of employing the National Union of Road Transport Workers (NURTW) for the movement of sensitive mateerials, advising that professionals in logistics should handle the assignment.

He urged INEC to always do its homework thoroughly to avoid emergency cancellation of polls.

On accreditation of journalists for electoral duty, Akinreti said the union was in a better position to identify authentic reporters to avoid fake pressmen.

Noting that electoral crime has persisted, he said electoral offender should face the music to serve as deterrence to others in the future.