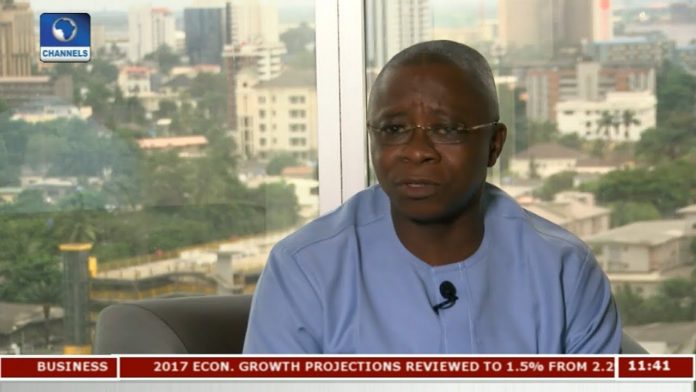 Samson Osagie is the former Minority Whip of the House of Representatives and a chieftain of the All Progressives Congress (APC) in Edo State. In this interview, he speaks on the often denied problem between Governor Godwin Obaseki and the party’s national chairman, Comrade Adams Oshiomhole, TONY AKOWE reports.

Could you shed light on the crisis between the National Chairman of the APC and his successor, Governor Godwin Obaseki?

For me, I think there is a general misconception and misunderstanding of the crisis bedeviling the Edo APC. It is far from being a crisis between the governor and the National chairman of the APC, Comrade Oshiomhole. Rather it is a crisis emanating from the conduct of the governor towards party members and party leaders. It is between the party leaders and the governor. Those mentioning Oshiomhole are only trying to use the man’s name to seek relevance. And indeed the administration’s pursuit of some of the policies that are considered to be inimical to some of the sectors in the state. For example in the agricultural sector and the educational sector and I will explain. Now here is a governor who became a governor on the platform of a political party, upon becoming governor he shut his door against party leaders and began to describe the party leaders as greedy party people whose only occupation is to make money from government.

He is giving a toga on his own party members, giving the impression that the party members in APC are never do well and people who don’t mean well for the state. And whereas these are the same people who provided the platform for him to become governor. When he started these whole thing people thought that with time he could get to terms with realities to understand that you cannot deride a platform that brought you to power. However, in the course of doing this he has been able to buy the conscience of a few party officials who out of fear of what to eat are falling for his antics.

But unfortunately it is not many people that will accept it across the three senatorial districts of the state. Party leaders in the state are quite disappointed in the way and manner the governor has carried on by demonizing the party and deriding party members and party leaders. So it is not a crisis between the national chairman and the governor. Rather even the National chairman of the party has even become his victim because he has further accused him of being responsible for the crisis through the state issued by the governor’s media Adviser. He is blaming everybody for the crisis except himself whereas he is actually the cause of the crisis. Even the National chairman that would have been able to step in he seems to be a man that will not take advise from anybody. He has an all knowing attitude, as if he is an omnipotent person, he knows everything more than any other person.

But, the governor claimed some of the leaders are at war with him because he refused to share the state resources to them?

That is hypocrisy at its best, he has been a hypocrite. Some of us have asked him to publish the names of the leaders who asked him for money. In any case, to demonstrate his hypocrisy, has he not been calling meetings in the last two months since this crisis started, where he shares N50,000 each to people. No body has asked him to share money that is another blackmail that cannot be sustainable. There are persons who are with him today that are speaking for him because he is bringing out the money, so if sharing money is the problem why is he not able to buy everybody with money despite the fact that money is flowing all over Edo state today due to his second term ambition.

Some of us are genuinely concerned about his attitude towards the party and that it will affect the chances of the party. In any case some of the projects he is doing which makes people feel he is working they are not sustainable. Some of roads he embarked upon when he came they are already giving way due to the poor quality of job. Ask any person in Edo state today, he or she will tell you that the only projects still visible are those executed by Oshiomhole. So he is just being economical with the truth and just resorting to blackmail against the very constructive criticisms and genuine grievances of APC members.

Nobody has asked him to share money, he should name them or keep quiet. Infact those who asked him to share money are the ones with him, not because he is sharing money for them it is because those ones have no principles. They depend on patronages from government and they are the people speaking for him today. How many people have he helped? Can you look at the political horizon of the state today and point out one person to say this is the person this man has helped? Nobody. He has imported people from different parts of the world to come and superintend over Edo. He does not think that Edo people are good enough to handle any project, be it contract or governmental appointments. How does he expect us to feel when we have capable hands in Edo state and he is bringing people from outside to come and run the state, that is the major issue.

What is the link between the 2019 general elections in Edo and the current crisis in the party?

He was responsible for the colossal loss we suffered during the presidential and National Assembly elections. Do you know on the day of the presidential election, a governor superintending over election of the President and his National Assembly candidates went to play golf. Eventually he lost his unit and his ward, that will never have happened in Oshiomhole’s time. So the man did not galvanize the party members, he showed utmost disdain for the rank and file of the party because most party members were unhappy. Even his own unit in ward 4 Oredo, he struggled and that was why he lost his ward. So his attitude towards the party and towards governance generally is responsible for the failure of the party. And we are being told that because he does not bother and his naïvetés, he gave money to the wrong people and came out to start quarrelling with them. During Oshiomhole’s time, he will monitor election from beginning to the end until results are announced. He is 24 hours in the field, it has never happened that Oshiomhole will lose his unit in Iyahmo or ward in Uzairue. But this governor lost his ward, Local Government and senatorial district. It took the intervention of certain persons for him to manage to win his unit, a whole governor of a state will lose his ward in an election, presidential election for that matter. He should be ashamed honestly. Funny enough, this is the same man who came in as governor and made a law that those who lost their units and wards will not make Commissioner list or a councilor. Now we are saying that he should abide by that law by not bothering himself to run for a second term so that APC will not lose the state. He does not stand a chance within the contest of his own rules to ask for a second term ticket. Because he has lost the moral basis for it. Apart from that, the PDP guy, the House of Reps member in Oredo, Ogbeide Ihama, defeated the governor in Oredo, the meaning is that if Ogbeide Ihama emerges as PDP governorship candidate and Obaseki emerge as APC candidate, it means we have lost Oredo and to a large extent Edo South and that is the end of APC in Edo state. That is the danger of giving Obaseki a second term.

How do you react to the incident at the House of Assembly, where nine legislators out of 24 elected the Speaker?

It is all illegality. I have consistently maintained that you must develop and use the instrument of emotional intelligence to deal with people when you are in a high office, such as that of a governor. Develop inter personal relationship skill. Now the governor clandestinely issued a proclamation without making it public and decided to carry some loyal members who were elected to the House of Assembly for inauguration and because he does not have the numbers four elected members were kidnapped and they carried out the inauguration at night. Infact when you talk about the history of democracy all over the world from Greek speaking states of Athens, it was never heard that a matter close to this has happened. You kidnapped people in their short-knickers, took them to the assembly to take oath of office. What happened was that the governor could not manage 24 members of his own party the APC who were elected to work with him as legislators. These were people who became candidates as at September 2018. He could not develop a relationship with them, for them to trust him enough to accept whatever proposal he presents to them. Even after they became elected in March, between March and June he could not develop a relationship with them or at least majority of them to enable him have his way and elect a Speaker of his choice. You may have a person as your preferred Speaker, it is politics, it is legitimate but you have to do it within the context of the rules. You don’t employ under hand tactics just like they have done and I sympathize with my friend Okiye who is the beneficiary of this illegality. It is unfortunate that he is the one. And I know that if he was not the beneficiary he will take serious umbrages to this kind of tactics. So the state governor is responsible for all these because he does not know how to appeal to people, relate with people because he does not have the inter personal relationship skills with people. He thinks that as governor his words must be law and when anybody disobeys him the person must be subjected to the kind of treatment he is meting out to the legislators. So for me his inability to handle and develop good relationship with the legislators is responsible for this underhand tactics, at committing this illegality by inaugurating the House of Assembly at midnight with five members who are loyal to him and for other members who were kidnapped. The whole world has condemned it, every well-meaning Nigerian and democrat saw how the National Assembly was inaugurated and this same governor belongs to the same party with President Buhari who issued his proclamation two weeks before the inauguration of the National Assembly. And I think that all lovers of democracy must rise to condemn that action. 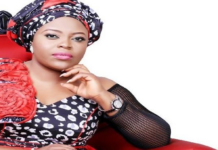 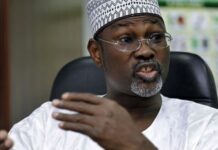 Credible politics only possible if everyone contributes own quota – Jega 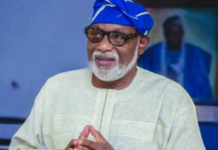 My emergency as Ogun governor was God-divined through Osinbajo, Tinubu, Osoba,...

Only education will erase Insurgency from Yobe’s history —...