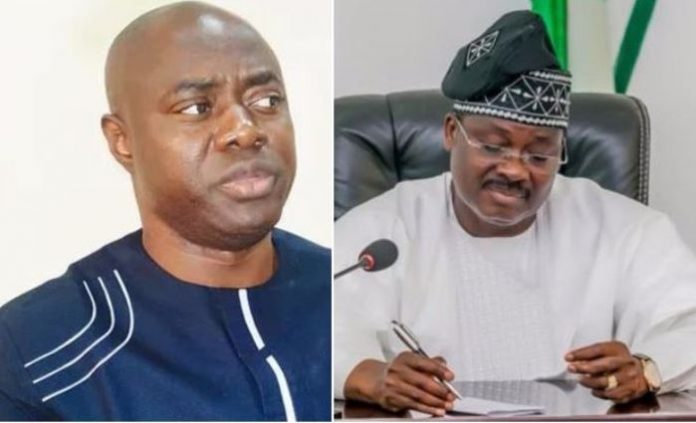 Governor Seyi Makinde of Oyo State has blamed his antecedent, Senator Abiola Ajimobi of granting contracts to a contractor with an untraceable office address to the tune of N7 billion.

Newsmen reports that the agreement was for the development of the Moniya-Iseyin Road, Ojedeji Village in Akinyele local government of the state.

The governor talked yesterday after he set out on a voyage through the street prompting the Pacesetter Quarry and Asphalt plant, situated at Km 25, Moniya-Iseyin Road.

He said that N2 billion of the all-out contract aggregate was paid to the obscure contractual worker.

Clarifying his degree of dissatisfaction, the governor regretted that the road, which filled in as the economic route for farm and rural produce into the state, could be deserted after the anonymous contractor collected N2 billion, with little or nothing to appear for it on the project site.

He said his exertion at finding the site address of the contractual worker to interface with them on the degree of work done regardless of the measure of cash discharged, uncovered that the given office address was untraceable as well as the name couldn’t be found out.