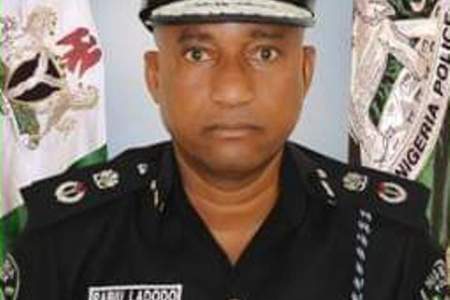 Mr Rabiu Ladodo, the Commissioner of Police in Imo, has declared Insp. Okechukwu Nwanefi wanted for allegedly shooting 25-year-old Ikenna Ukachi to death in Umuokeh community, Obowo Local Government Area of the state.
News Agency of Nigeria (NAN) reports that the police inspector was alleged to have shot Ukachi dead at a popular restaurant in the area on Monday over a minor argument and fled the area.
Ladodo told the News Agency of Nigeria (NAN) on Wednesday in Owerri that the command had commenced a manhunt for the killer cop.
He, therefore, advised the officer to willingly surrender himself to the command because he would eventually be apprehended.
In a spontaneous reaction to the cold-blooded murder, the youths of the community reportedly invaded the Obowo Divisional Police Station, setting it ablaze.
The irate youths also allegedly carted away firearms and other items from the station.
The police commissioner said that normalcy had since returned in the area and gave the assurance that justice would be done in the incident.
He said that he had directed the homicide department of the command to take over the matter and ensure that the suspect was arrested and made to face the full wrath of the law.
Ladodo also said that the command had started the process of recovering all the firearms allegedly taken away by the angry youth.
He commended the community leaders in the area for their cooperation.
Meanwhile, Gov. Emeka Ihedioha has directed the police boss to ensure that the suspect was arrested and brought to book.
Ihedioha, who gave the directive when he visited the family of late Ukachi, said that the police officer acted unprofessionally.
He said that his preliminary investigation showed that Ukachi was not a criminal, saying that he would ensure that justice was done in the matter.
The governor also described those who took away firearms during the attack on the police station as criminals who should be arrested and prosecuted for illegal act.
He also directed the Divisional Police Officer of the division to ensure that detainees, who reportedly escaped during the incident, were rearrested. 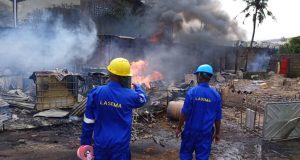