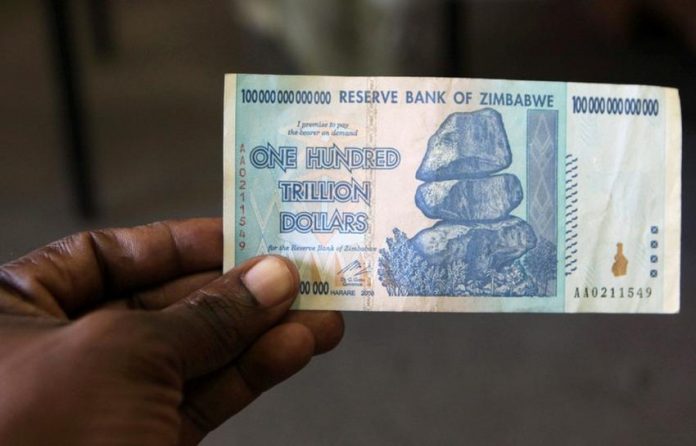 HARARE (Reuters) – A Zimbabwe human rights lawyer asked the High Court on Tuesday to overturn a government decision to ban the use of foreign currencies, a move that could potentially derail plans for a new currency if the court finds in his favour.

The government has introduced an interim currency, the RTGS dollar, in a bid to end a decade of dollarisation. On June 24 it renamed the new currency the Zimbabwe dollar and declared it Zimbabwe’s sole legal tender.

For many Zimbabweans, the name Zimbabwe dollar brings unpleasant memories of 2008, when the local currency was wrecked by hyperinflation of 500 billion percent, which wiped out pensions and savings and forced authorities to adopt the U.S. dollar and other foreign currencies the following year.

Godfrey Mupanga, a member of the group Zimbabwe Lawyers For Human Rights, petitioned the court to reverse the decision to ban other currencies.

In his court application seen by Reuters, Mupanga said the decision by the national treasury and central bank was “grossly unreasonable” and should be declared unconstitutional.

The court did not immediately set a date for a hearing.

Ncube told a parliamentary committee on Monday that dollarisation was throttling an economy grappling with shortages of U.S. dollars, fuel and bread, and 15-hour daily power cuts.

Many businesses had resorted to selling goods in U.S. dollars to protect them against near triple-digit inflation as the RTGS dollar was fast losing value before the government’s surprise intervention.