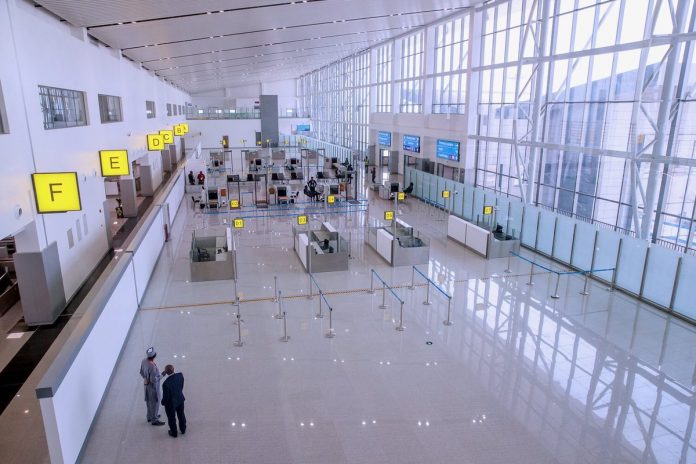 Senators on Tuesday deliberated on security failures at Nigerian airports.

This was sequel to a motion on the need to strengthen security at the Nigerian airports presented by Ibrahim Oloriegbe (APC, Kwara Central) and seven other senators.

In his lead debate, the lawmaker cited the case of Zainab Aliyu, a Nigerian who was arrested by the Saudi Drug Enforcement Agency and detained for four months on allegation of drugs trafficking.

He said there are several other incidents of arrests of innocent Nigerians by the Saudi and other government on similar allegations of drugs trafficking.

“These innocent citizens are just victims of circumstances as many of these distasteful situations would have been curtailed but for security lapses at the Nigerian airports infiltrated by drug syndicates with easy access to plant illicit drugs on innocent travellers or their belongings without their knowledge.

“The Federal Airport Authority of Nigeria (FAAN), the National Drug Law Enforcement Agency (NDLEA) the Nigeria Police, the Nigeria Customs Service, the Nigerian Immigration Service and other aviation security personnel are responsible for the security of our airports. Sadly, some of the staff of these agencies may not be exonerated for dereliction of duties and making our airports unsafe,” he said.

According to him, the actions of some airport personnel may continue to “attract international embarrassment, loss of opportunities by our citizens especially outside the shores of Nigeria.”

In his contribution, Gabriel Suswam (PDP, Benue) faulted the attitudes of ‘VIPs’ at the airport. He accused many Nigerian elites of not obeying airport laws.

“What are the attitudes of VIPs at the airport such as distinguished senators because if we are talking about security at our airports we as VIP must lead by example.

“I have had a situation where, I travelled with a VIP when he was asked to remove his shoes – hell was let loose at the airport. But when we got to Germany, this VIP was the first person to remove his belt and trouser because it was jumping.

“Mr President, we cannot just be pushing this to security agencies alone. If we get to the airport as a senator or governor and we live by example, if anybody does anything the law will catch up with him.

“When we walk into the airport as VIP and we refuse to be checked and you expect that same security agent to check the common Nigerian, of course he will collect something and move ahead.

“Let us begin to check ourselves, if we go else where as far as security issues are concerned there are no exceptions. We must as VIPs check ourselves at the airport. We are not above the law,” he said.

He said a nation faced with insecurity should focus on finding solutions, not long debates.

“One major problem we had in our nation is that our leaders do not take responsibility for their actions. I’m sure what must have happened that led to the illegal arrest and maltreatment of Zainab must have been caused by somebody.

“When have the body in charge of these affairs at the airport. What effort have we made to trace back to the very start and find out who was in charge? It will serve as a deterrent for further actions.

“The wise action to be taken would have been to find out who were the officers on duty and make them take responsibility. When this is done, next time, an officer in charge, be it a governor or a senator, must ensure that the perfect job is done.

“You may get camera but even if you put the best of cameras on earth, it takes a human being who is willing to take responsibility to manage the camera. We must act quickly to get ourselves out of the ugly situation we are in,” he said.

The lawmakers thereafter adopted many resolutions among which they mandated FAAN to ensure the installation and usage of effective CCTV cameras and other security systems in all Nigerian Airports for the purpose of monitoring the Airport environments, for the avoidance of planting illicit drugs and other illegal activities.

The Senate urged FAAN and other agencies operating at Nigerian airports to acknowledge only accredited personnel on duty to be allowed in restricted areas of the airport as well as give a directive on the need for all personnel on duty to be held accountable, questioned, investigated and punished accordingly to serve as a deterrence, should there be a case of an arrest of any Nigerian citizen that pass through Nigerian airports on allegations of drug trafficking.

Other resolutions include “urge the Senate Committee on Aviation, when reconstituted, should ensure legislative compliance with all the resolutions;

“Urge FAAN to expose and ensure maximum sentences through the courts and airline officers and;

“Urge FAAN to create an appropriate synergy between it and other security agencies in charge of security at the airports and that necessary manpower of these agencies be put in place to effectively secure the borders.” 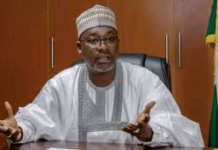 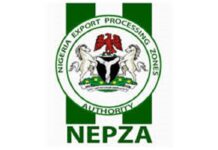 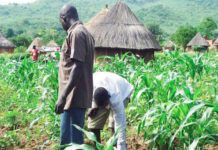 Corps Member Drowns 11 Days To Passing Out In Bayelsa 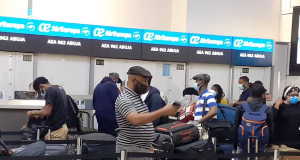