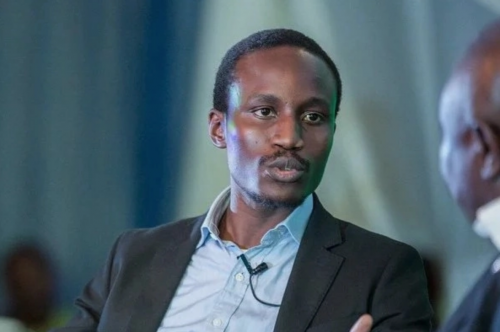 Tolu Ogunlesi, a special aide to President Muhammadu Buhari on new media, says the Nigeria Police Force should investigate the rape allegations against Pastor Biodun Fatoyinbo, the founder and senior preacher of the Commonwealth of Zion Assembly (COZA).

Ogunlesi, who made the comment on Twitter, said the allegations should not be allowed to fizzle out just as an earlier allegation by Ese Walter, who in 2013 claimed that the pastor raped her.

Busola Dakolo, the wife of musician Timi Dakolo, had told YNaija in an interview how she was raped multiple times by Fatoyinbo when she was a teenager.

In the first instance of the alleged rape, Busola said Fatoyinbo came to her family house as early as 6 am and raped her. She said she was 16 years old at the time.

Fatoyinbo has denied the allegation and threatened to institute legal actions against Busola.

Tweeting about the alleged rape, Ogunlesi said: “This COZA matter needs to involve law enforcement o. This is no longer a matter for the ‘Church’ alone to deal with – not even sure said ‘Church’ has any appetite or willingness to deal with the issue. This matter calls for immediate Police/DSVRT investigation

“This appears to be a horrific and longstanding pattern of sexual abuse and rape. These allegations must not be allowed to go un-investigated, the way Ese Walters’ allegations were treated. Time also for COZA Board (if any) to step up – but that’s admittedly very unlikely.

“The story within COZA will be that this is an attack by the Devil, targeted at an anointed man of God, and which must be resisted. On account of this 99% of church members are going to take their Pastor’s side, by default. You can already see their arguments (and attacks) online.”

Police Arrest Cultists After Fight over Girl in Bwari