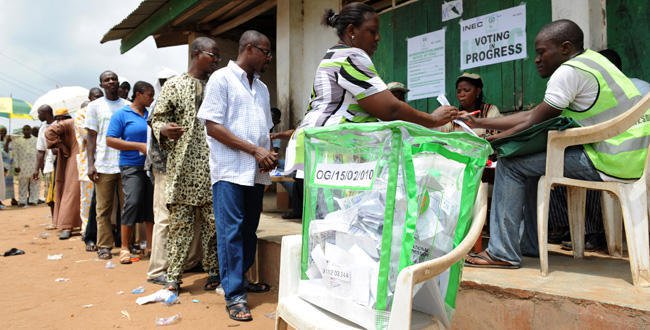 The Electoral Institute, Abuja, said on Friday that it would use the Kogi and Bayelsa states’ governorship elections to correct all the wrongs from the lessons learnt during the 2019 general elections.

Dr. Saád Idris, Director-General of the institute, said at a Policy Dialogue series tagged, “Dynamics of Delegation: Reforms in the Recruitment, Training and Deployment of Ad-hoc Election Personnel” in Abuja that Professor Mahmood Yakubu, Chairman, Independent National Electoral Commission (INEC), has been engaging with stakeholders since the last elections, to know what went wrong to improve on subsequent elections.

The INEC chairman, according to him, “has been making effort to address the challenges faced, so this is a part of that effort to look into the recruitment, training and deployment of ad-hoc staff during elections.

“The effort of the commission is clear; it has owned up to some things that it did not do right, so beginning from the Kogi and Bayelsa elections, you will see improvement.’’

Idris said that the plans to correct the electoral process had started, adding that “we are not going to wait for general elections before correcting all the wrongs.’’

Idris explained that the meeting was part of the mandate to organise a policy dialogue, to engage in dialogue for reforms, recruitment, training and deployment of ad-hoc staff

He also said that the dialogue was with particular reference to what happened in 2019 elections.

Earlier, Prof. Shola Omotola, Lead Speaker and lecturer, Federal University of Oye-Ekiti, Ekiti State, called for expansion of the recruitment data base of adhoc staff to include ex-NYSC members, to guarantee continuity.

Omotola, therefore, called for training and re-training of ad-hoc staff and the need to put mechanisms in place to enable such staff to also vote on Election Day, in order not to disenfranchise them.

He advised INEC to imbibe the culture of timely recruitment and training of ad-hoc staff to enable them work effectively.

Omotola said that there was need to guarantee their security as well as increase their remunerations for greater performance.

Mr Adedeji Soyebi, Chairman, Board of Electoral Institute, said that a lot had been learnt from the lessons shared by various stakeholders on the occasion.

Soyebi said that ad-ahoc staff played critical role in the electoral process, adding that INEC could not afford to overlook such role.

“So the reforms in the delegation of responsibilities would constantly be reviewed,”he said.

He said that the institute would continue to improve on the electoral process in consonance with the commitment of INEC to ensure free, fair and credible elections and acceptable by all.