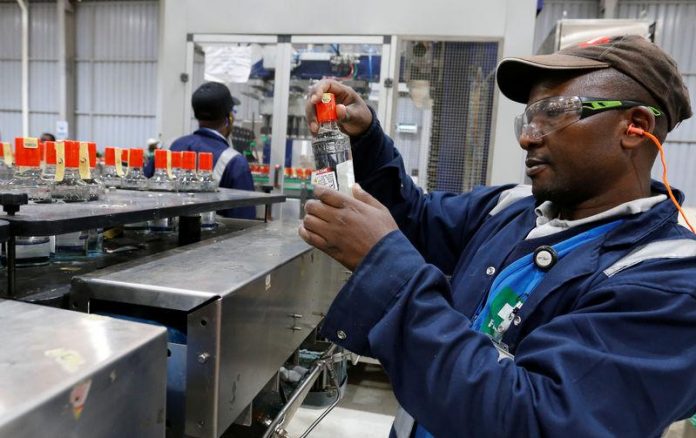 NAIROBI (Reuters) – Kenya’s economic growth slowed in the first quarter of this year compared with the same period last year due to dry weather which curbed the farming sector, the statistics office said on Friday.
The Kenya National Bureau of Statistics said the economy grew 5.6% year-on-year from 6.5% in the same quarter last year.

It said the agriculture, forestry and fishing sector, which contributes about a third of output, grew 5.3% compared with 7.5% in the first quarter of 2018.

“The quarter was characterised by slowdown in agricultural activities following delay in the onset of long rains,” KNBS said in a statement.

“The slowdown in agricultural growth somewhat affected agro-processing and consequently led to slowed manufacturing activities during the review period.”

Manufacturing grew by 3.2% from 3.8% expansion in first quarter 2018, the statistics office said.

It said accommodation and food service activities expanded 10.1% from 13.1% in first quarter 2018. The sector includes the tourism industry, which is among Kenya’s top foreign exchange earners.

The government forecasts the economy will expand by 6.3% in 2019, the same rate as a year earlier.

Kenya is one of the fastest-growing regions in Africa, but its performance is often hit by drought. Violence after a December 2007 presidential election and disputes over the following two polls led some investors to scale back investment, hurting growth.