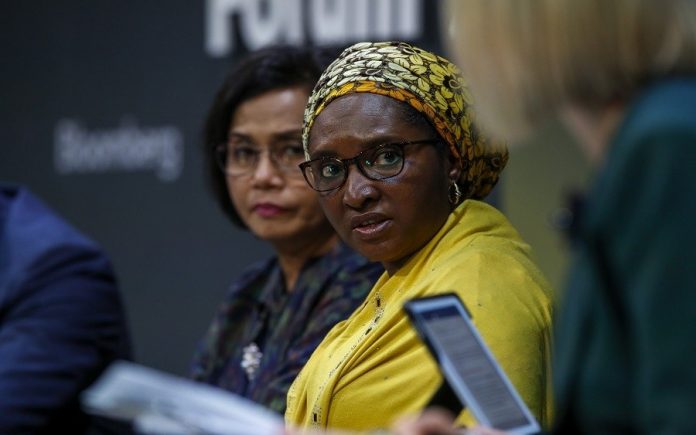 Nigeria will increase the rate of value-added tax to 7.5% from current 5% in 2020 as Africa’s biggest oil producer seeks to shore up falling revenue, the country’s most recent Finance Minister Zainab Ahmed said.

The former minister, whose tenure ended with President Muhammadu Buhari’s first term on May 29, said at the Bloomberg Emerging & Frontier Forum in London on Tuesday that her main preoccupation while in office was how to raise government revenue with only 55% of targets being met. Buhari, who was re-elected for a second four-year term, is yet to constitute a new cabinet.

“We have developed a strategic revenue growth initiative, which we have started to implement,” Ahmed said. “Our target is to increase revenue to 65% minimum in 2019 so that in the next three years we are able to attain 80-85% of our revenue target.”

Ahmed, who said she’d like to return to her former portfolio, said Nigeria hasn’t ruled out selling new Eurobonds to raise more capital and is also considering taking loans on concessionary terms from multilateral institutions such as the World Bank.

The West African nation of more than 200 million wants to build up its financial buffers to reduce risks to its economy from a prolonged trade war between U.S. and China, the world’s two biggest economies. “If this war continues, it is a major risk for us,” she said.