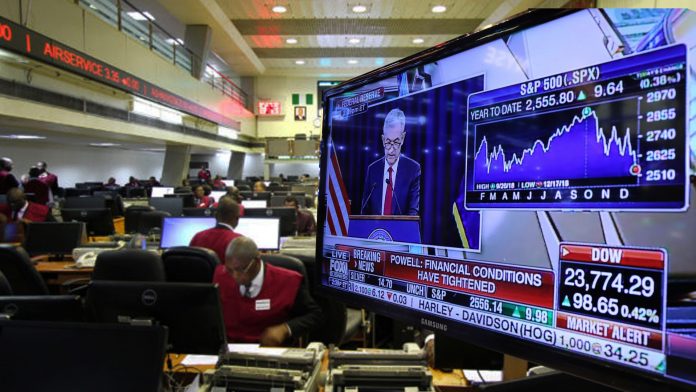 In the same vein, annual food inflation increased y-o-y to 13.79% in the month of May as market prices of major staples such as tubers, bread & cereals, fish, meat, poultry & dairy, and oil & fats registered the highest increases amid gradual drawdown in food stockpiles into the planting season.

However, annual core inflation slowed to 9.03% in May from 9.28% in April on the back of slower increases in costs of transportation and clothing & foot wear.

Meanwhile, recently released report by the Nigerian Stock Exchange on domestic and foreign portfolio participation in equities trading for April 2019, showed that equities market transactions increased due to the renewed interest of the foreign and domestic institutional investors amid investors expectation that the President would hit the ground running immediately after inauguration day – May 29, 2019.

The policymakers forecasted that the headline inflation would drop to 1.5% in 2019, down from 1.8% it projected in March while signaling possible rate cuts of as much as 0.5% before the year.

Annual inflation rate in US moderated to 1.8% in May 2019 from 2.0% in April 2019. We expect Nigeria’s inflation rate to increase further – as indicated by recent build up in monthly price increases – especially against the backdrop of ongoing planting season as well as anticipated increase in spending activity following the implementation of the new minimum wage bill.

As Nigerians’ disposable income increases amid implementation of minimum wage, we expect corporates to benefit more as their production outputs increase in tandem.

Also, with the possibility of rate cut by 0.50% in US, we expect foreign portfolio inflows into the country to further increase, especially into the equity market in the third quarter of 2019. In the same vein, with the current lower yield environment – as stop rate for 91-day treasury bills moderated to 9.60% – we feel that the lengthened bearish-streak of the local stock market might be nearing its end