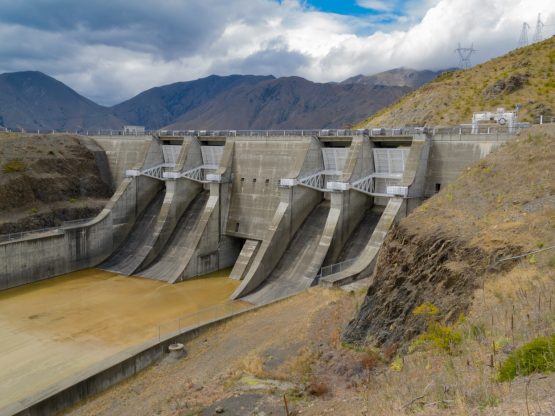 Both countries are struggling with electricity shortages after a drought curbed hydropower output.

The 2 400-megawatt Batoka Gorge plant has been planned for years by the two southern African nations, both of which are struggling with electricity shortages after a drought curbed hydropower output. General Electric and Power China are in a consortium that was shortlisted in February to build the facility.

“Zambia and Zimbabwe have agreed on this project. We have all agreed that we give it to GE — China Power and GE together,” Mnangagwa said in an interview in Maputo, Mozambique’s capital, where he attended this week’s US-Africa Business Summit. “It’s critical that we move fast on that front because it’s necessary that as we industrialise that we need electricity.”

While the project will address electricity shortages, it’s on the same river — the Zambezi — that has left the downstream Kariba hydropower dam at less than 30% storage capacity and producing less than half its intended electricity. The Zambezi’s water flows in 2019 are near the lowest in half a century, and even worse than during the last severe drought in 2014-15.

Because Batoka Gorge will have a much smaller storage capacity than Kariba — which is the world’s biggest man-made freshwater reservoir — droughts could pose greater risks to the planned project.

While a formal contract has not been signed, GE said that the Zambezi River Authority, which manages power plants on the river, has said it would appoint a final developer for the project by September. As part of the consortium, GE would have a “material role in the development and execution of the project,” including the design and supply of hydropower technologies, it said by email.

Zambian energy minister Matthew Nkhuwa said he wasn’t available to comment. The project will be based on a build-operate-transfer financing model and won’t put any fiscal strain on the two nations’ governments, Nkhuwa said in February.

The $4 billion cost of the project includes amounts for civil works, construction and power turbines, among other things, GE said on Thursday. The contract would be split among the companies in the consortium. The African Development Bank said in September it has begun mobilising funds for the plant.

IMF approves $309 mln in emergency financing to Mozambique to address...