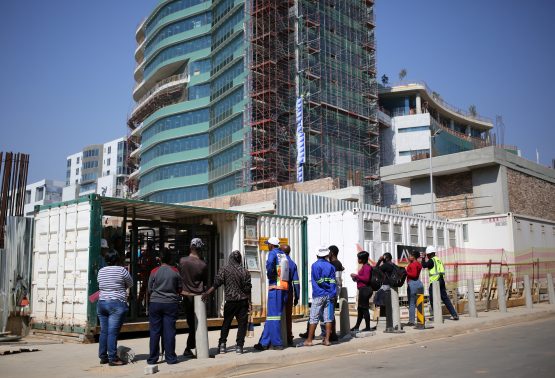 (Reuters) – South Africa’s business confidence in the second quarter remained unchanged from the previous quarter, a survey showed on Thursday, as the country struggles to boost growth.

The Rand Merchant Bank (RMB) business confidence index compiled by the Bureau for Economic Research was flat at 28 points in the second quarter, remaining far below the 50-mark separating the net positive and negative territories.

President Cyril Ramaphosa’s efforts to revive Africa’s most advanced economy were dealt a blow last week when data showed gross domestic product had contracted by a quarterly 3.2% in the first three months of 2019, the largest contraction in a decade.

“South Africa will not be able to shift to a lasting higher growth and prosperity path without more short-term pain,” chief economist at RMB Ettienne Le Roux said.

“This time around, the country cannot rely on the global economy to counterbalance such internal adjustment costs as global growth itself is now shifting to a lower gear.”

The business confidence index in the quarter hovered very close to the low of 27 points hit in the second quarter of 2017, according to the survey of 1,800 business people.