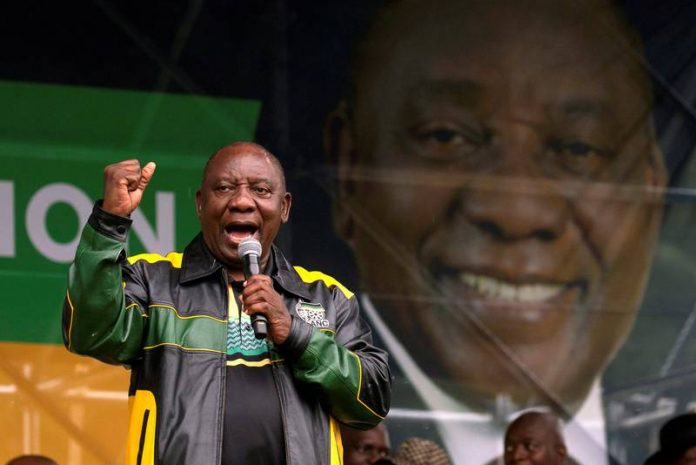 JOHANNESBURG (Reuters) – South Africa’s rand slipped on Thursday, as investors were unnerved by an investigation into a donation for President Cyril Ramaphosa’s 2017 campaign for leader of the governing African National Congress (ANC) party.

Ramaphosa has said he will cooperate with the investigation into whether he misled parliament over the donation, made by the head of services company Bosasa, and analysts say is no immediate risk that he could be removed from office.

But the anti-corruption watchdog’s investigation increases political uncertainty at a time when the economy is performing poorly.

Government bonds also fell, as the yield on the benchmark 2026 bond rose 3.5 basis points to 8.40 percent.

“The Bosasa scandal is the main factor driving a deterioration in risk sentiment,” said Lloyd Miller, an analyst at ETM Analytics. Nedbank CIB analysts also cited the Bosasa scandal among factors weighing on the rand.

Stocks on the Johannesburg bourse opened little changed, as the All-share index was flat in early trade.