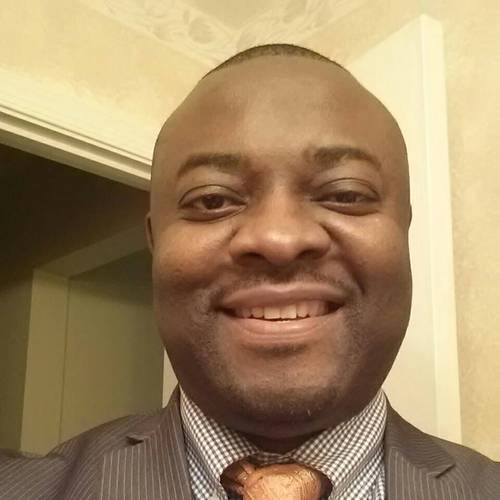 My dear Obasanjo, I understand that the day the results of the 2019 Presidential elections became clear will remain the worst day in your life. I was told that as the minutes’ tick-tocked to hours and then, days, your heart temporarily stopped beating when you realized that President Buhari has been re-elected. Immediately, you fell into a state of paralysis.

Tears fell from your eyes. Maybe it was all a bad dream, you initially thought. But you awoke the next day to the realization that it wasn’t a bad dream. Deep sadness and anxiety set in. You did hit the bar right after breakfast, searching for ways to understand this profound election heartbreak – which was more acute and gut-wrenching than any event, you, Obasanjo had in your many years in the military and politics.

For years, you, Obasanjo ridiculed Atiku’s intelligence; you characterized him as an incompetent and chronically corrupt politician that should be avoided like a leper. In summary, you, Obasanjo, vomited Atiku.

However, sensing widespread dissatisfaction and dashed hopes in Buhari’s administration, you moved quickly to once more circumvent the will of Nigerians, like you have been doing since 1999, by foisting Atiku on us.

The reason, you, Obasanjo, was hit so hard by the 2019 election outcome was because of something psychologists call the “false consensus effect.” You overestimated the extent to which Nigerians share your views.

And because you were friends with people like you, and read news sources that confirm your worldview, getting hit by a reality of the 2019 elections cut deeply. In every election cycle, regardless of social media rhetoric or propaganda, may electorates will be sucker-punched.

You, Obasanjo, and those who felt you still have some swagger in Nigerian politics were sucker-punched. Obasanjo, your attempt at foisting Atiku on Nigerians was an attempt at dividing by zero. The result of the 2019 elections proved that Nigerians have refused to keep inhaling the toxic political fume from your fart.

Literally, you, Obasanjo, felt like someone thrown off a moving train, whipped, dragged and tortured. We refused to inhale your stinking fart. Since the outcome of the 2019 elections, a dull ache surrounds your poor heart. Eyaa.

Dear Obasanjo, you pretty much had a broken heart since that day. Losing the election hit you so hard that when did recover, that is if you had recovered, you turned yourself into a religious and ethnic bigot.

So, my dear Obasanjo, I clearly understand that you are disillusioned. That’s fine. But, please, stop being a religious and ethnic bigot.

Dear Obasanjo, your recent outburst from Islamization and Flulanization to “Core North” sentiments is a sign of paranoia, born out of the conspiracy to feed your base paranoia, anger, and misinformation. Obasanjo, you are attempting to drive unhinged souls among the Atikulated to turn to violent remedies for imagined threats.

When the black ant bites the buttocks it [the buttocks] learns some sense. Your butt was bitten by the black ant, Buhari. Learn some sense that the big-eyed chief is not necessarily the only-eyed and accept defeat graciously.

Even when I admit that you, Obasanjo, and every Nigerian for that matter should have a voice in our democracy, demonizing and oppressing a President that defeated your anointed candidate, Atiku, a Fulani from a region you are now characterizing as the “Core North”, is bigotry.

So, even though you have the right to be disillusioned, please, stop fanning ethnic and religious sentiments. Your views, do not deserve the respect of right-thinking Nigerians, but rather, calls for our strongest condemnation.

The truth is that (Muslim + Christian) fundamentalists in Nigeria = the dangerously combustible and sinking nation we are all witnessing.

So, sir, free yourself from an ethnic and religious chokehold and don’t let your bigotry worsen the already charged political atmosphere.

My final advice to you, Obasanjo, is to remove your monkey’s hand from the soup while it has not turned into a human hand.

Amotekun and the Emerging Dimensions of Bigotry, By Simbo Olorunfemi

The Backpack Messiah by Tony Ogunlowo