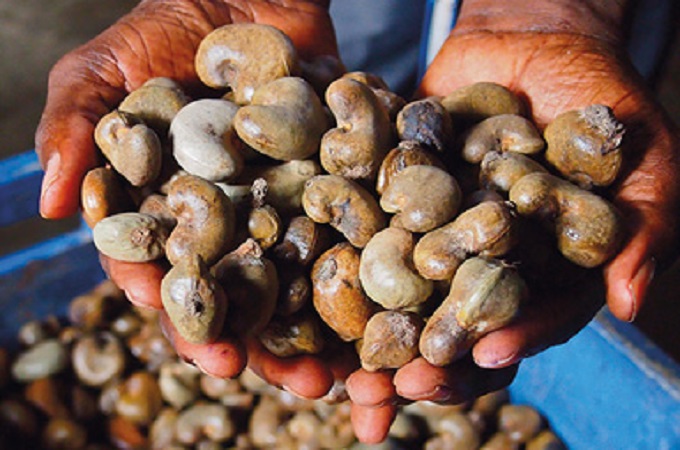 The National Cashew Association of Nigeria Publicity Secretary, Mr. Sotonye Anga, has said the continuous crash of commodity prices in the global market has had a huge impact on the Nigerian cashew sector. Many exporters, he said, have been forced to hold excess stocks of raw cashew nuts bought at a time when prices were more favourable.

Anga told news men that cashew sells for below $1,000 per metric tonne (MT), signaling 34 per cent drop in price from last year.

Since the commencement of the 2019 cashew season, exporters have been unable to meet up with their contractual agreements entered into on the back of a worsening Apapa and Tin Can traffic situation as well as the slow clearing process at the port.

Cashew nut farmers in the country have lost approximately N99 billion since the commencement of production this year.

Anga noted that persistent downward prices of cashew had in turn resulted in supply glut in producing countries, including Nigeria.

He lamented the lack of investment and interest from financial institutions in the sector, which he described as capital intensive.

He stressed the need to increase investment in cashew processing to add value to the cashew value chain.

He is, however, optimistic about reaping from the industry this year, adding that high yielding cashew seedlings had been planted in Kwara, Oyo and Cross River states. According to him, investors acquired 500 hectares of farmland in Calabar, Cross River State and commenced the planting of hybrid cashew seedlings.

He said: “We need to grow the next generation of cashew that will make Nigeria great. The good thing with cashew is that once it gets to maturity in four years, for the next 45 years, it will continue to produce fruits.

“The cashew trees that are currently in existence were planted between 1950 and 1970 and the average lifespan of a cashew tree is 50 years. The ones in existence are more than 50 years and if something is not done about this, we may wake up one day to know that cashew trees are no longer yielding fruits.’’

According to the council, this will add value to the crop’s value chain, and boost earnings. Nigeria currently exports 95per cent of its raw cashew nuts, leaving only an abysmal five per cent for local processing and consumption. This is because there are very few factories that process the crop in the country.

Nigeria’s cashew is usually harvested between February and June, though farmers stock the crop and export it all year round. 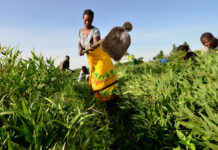