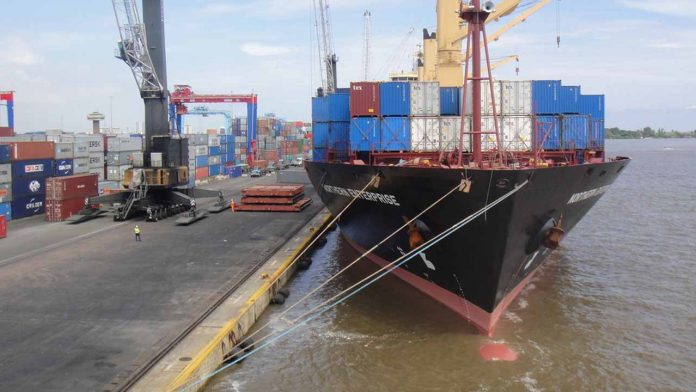 In the just concluded week, freshly released data on the global economy pointed to slower expansion of businesses in May 2019 as J.P.Morgan Global Composite Output Index fell to 51.2 in May (from 52.1 in April). This was partly attributed to the effect of rising global trade tensions, particularly between the United States and China, on international trade flows.

Global manufacturing activities slipped into contraction as the J.P.Morgan Global Manufacturing PMI posted 49.8 in May (down from 50.4 in April) amid sustained downturns in the intermediate and investment goods industries – which both saw output and new orders fall further during May –; while consumer goods industries saw slower expansion, recording increases in production and new business orders.

On the other hand, the rate of expansion in the global service sector eased to a 33-month low in May, with output growth slowing across the business, consumer and financial services categories. The J.P.Morgan Global Services Business Activity Index posted 51.6 in May (slower than 52.7 in April).

In terms of geography, global performance was mainly dragged by slower expansions in both manufacturing and services sectors in the United States (three-year low), China (three-month low), Japan and Russia (36-month low). However, growth steadied in the United Kingdom and India while faster expansions were registered in the Euro area and Australia.

There were contractoins in backlogs of work at both manufacturers and service providers; with the spare capacity resulting in weaker job creation, especially in China, Brazil and Russia. Meanwhile, the World Bank reviewed its global economic growth forecast lower to 2.6% in 2019 (from 2.9% previously forecast); but projected 2.7% for 2020.

This is against the backdrop of low global inflation and a worsening of the growth outlook which it believed would likely result in sustained dovish monetary policy by major central banks, leading to an easing in global financing conditions and a recovery of capital flows to emerging markets and developing economies (EMDEs).

The World Bank however noted that weakening external demand has weighed on export growth across EMDE regions – where growth is projected at 4% in 2019 (lower than 4.3% previously forecast); but expected to rise to 4.6% in 2020-21.

Against the backdrop of weaker global activity, the multilateral institution also revised its projection for crude oil prices to an average of USD66 per barrel in 2019 and USD65/bbl in 2020 amid uncertainty over the possibility of an extension of production cuts among OPEC and its partners into the second half of 2019.

The Bank’s growth forecast for crude oil-dependent Nigeria was revised lower to 2.1% in 2019 (from 2.2% earlier forecast) on the back of continued constraints from foreign exchange restrictions, supply disruptions in the oil sector, and a lack of much-needed reforms to spur new capacity. It however projected to an increase in 2020 to 2.2%, an a further strengthening to 2.4% in 2021.

However, total imports grew y-o-y by 26% to N3.70 trillion, chiefly on the back of a 99% spike in imported capital goods, parts and accesssories to N1.03 trillion, a 175% increase in imported transport equipment and parts to N0.49 trillion as well as a 24% increase in food and beverages imports to N0.39 trillion.

Consequently, merchandise trade surplus declined by 53% to N0.83 trillion; total merchandise trade grew by 8% to N8.24 trillion. Given the softer Q1 2019 foreign trade statistics, Nigeria’s vulnerability to external shocks has become more apparent, at least in the short term. We therefore expect sustained suboptimality in overall economic performance given an over-dependence on crude oil and in line with the World Banks revised growth projection for 2019.