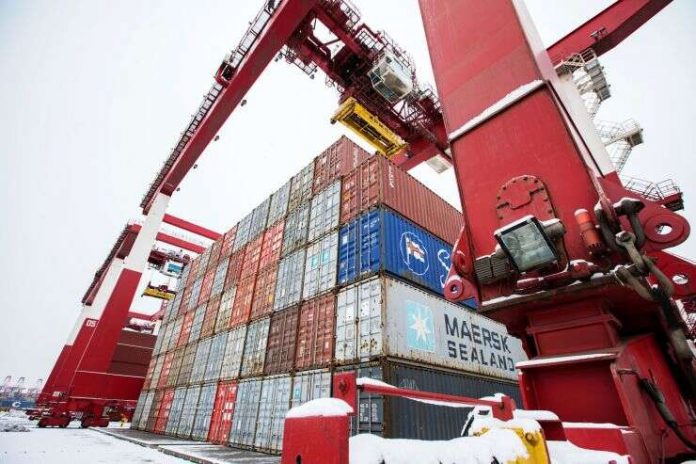 “If the China-U.S. trade war continues to grow larger, it may cause the global economy to decline, and may cause a global financial crisis,” says Dai Xianglong, former governor of the People’s Bank of China.
Dai adds he expects the Shanghai composite will rise steadily above the 3,000 level, helped by China’s coming market reforms.
The eleven Chinese speakers at Friday’s event took a generally tough stance against the U.S.

China continued to ramp up the rhetoric against the U.S. on Friday, with a former Chinese central bank chief saying that further escalation in trade tensions between Washington and Beijing could greatly hurt the global economy.

“The consequence of the China-U.S. trade war not only will be reflected in both countries, but will also extend to relevant regions, extend to the whole world,” Dai Xianglong, a former governor of the People’s Bank of China, said Friday morning at a press event in Beijing hosted by think tank China Center for International Economic Exchanges.

“If the China-U.S. trade war continues to grow larger, it may cause the global economy to decline, and may cause a global financial crisis,” he said in Mandarin, according to a CNBC translation.

Retaliatory tariffs from China on $60 billion worth of U.S. goods are set to take effect Saturday, June 1. It comes in response to President Donald Trump’s decision to raise duties on $200 billion in Chinese products to 25% from 10%.

The trade dispute between the world’s two largest economies has roiled global markets for months with worries about the negative impact on growth. As negotiations took a turn for the worse this month, the S&P 500 fell more than 5% — on track for its first negative month since December. The Shanghai composite has struggled to climb, hovering near 2,900 after breaking above the psychologically key 3,000 level earlier this year.

Dai, who was PBOC governor from 1995 to 2002, said Friday that he expects the Shanghai composite will rise steadily above the 3,000 level, helped by China’s coming market reforms. The index traded mildly lower, near 2,898, on Friday afternoon.

The former central bank chief also attributed recent weakness in the yuan to the market’s reaction to trade tensions, while noting that Beijing would not devalue the currency in response. He said that fundamentals, such as economic growth and foreign exchange reserves, support a stable yuan.
Tensions could last ’30 years on more’

The eleven Chinese speakers at Friday’s event took a generally tough stance against the U.S. They frequently echoed comments from state media that called American actions on trade “bullying” and that China is not willing to fight, but will fight to the end if necessary.

former vice minister at the Ministry of Commerce, Wei Jianguo, who was moderating the event, also struck a harder line in his comments Friday than he did in an interview with CNBC last week.

“It can be said, that the U.S. this time has at the wrong time, fought a wrong war, and chosen a wrong opponent,” Wei said, according to a CNBC translation of his Mandarin-language remarks. He added it might be America’s greatest mistake since World War II, or even the country’s founding, all out of unwillingness to accept China as a rising power.

Wei said the trade tensions could last 30 years or more, especially since he expects the U.S. will keep on with its investigations — even if a deal is reached in the near term. 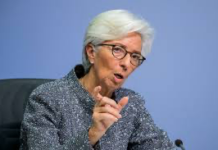 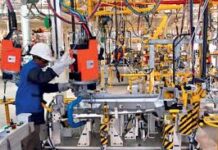 Why the coming emerging markets debt crisis will be messy