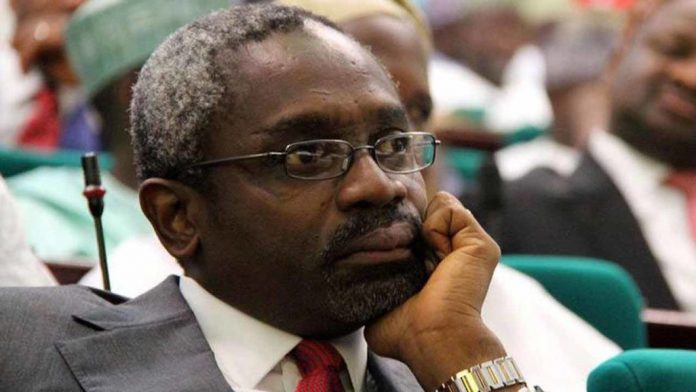 Justice Inyang Ekwo, of the Federal High Court, has ordered that Femi Gbajabiamila, a federal lawmaker, be served through substituted means the proceedings of the suit seeking to remove him from the House of Representatives over his alleged conviction in the US for fraud-related offences.

Justice Ekwo said that since the court was unable to serve the processes on Gbajabiamila in person, the lawyer to the plaintiff, Olasupo Azeez, should do so by substituted means.

“Cases of this nature are of public interest, and it’s either you are ready or not,” the judge said.

As a result, Ekwo adjourned the matter until Friday, June 7, for further mention.

The originating summons filed by Philip Undie through an originating summons by his lawyer, Barr. Ayodele Justice, submitted that Gbajabiamila was not a fit and proper person to be elected as a federal lawmaker or speaker having been allegedly convicted of a $25,000 fraud by the Supreme Court of the State of Georgia, USA.

Undie is contending that under Section 66(1) (C) and (D) of the 1999 Constitution and the verdict of the Supreme Court of Georgia, “The mood of our nation today will not warrant placing the position of the speaker of the House of Representatives in the hands of any individual that has a tainted or questionable character.”

In the affidavit attached to the suit, Undie averred that Gbajabiamila, who was then known as Femi Gbaja, accepted payment of $25,000 client’s money as personal injury claims and deposited those funds in his attorney trust account in January, 2003, which he failed to disburse to the client.

He further stated that Gbajabiamila violated Rule 1-15(1) of Georgia Rules of Professional Conduct in Bar Rule 4-102(d), which is punishable with disbarment and was suspended from law practice in the USA for 36 months (three years) even though he refunded the client’s money in 2006 and “his lawyers filed a certification of compliance of the Supreme Court ruling as of March, 2007.”

Meanwhile, a member of the House of Representatives, Raphael Nnanna, has brought an application to be joined in the suit seeking to stop Gbajabiamila.

Justice Ekwo directed the counsel to Nnanna, C. Onyemachi, to serve the application for joinder on the parties in court.

Yes, Oshiomhole must resign now, or APC will go into extinction...