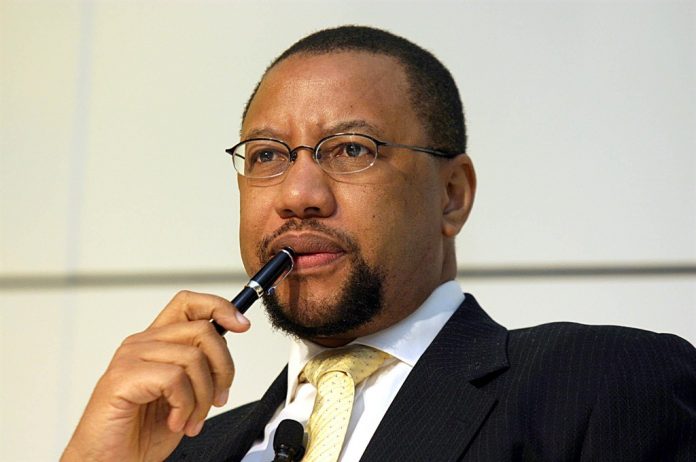 By Antony Sguazzin and Loni Prinsloo

MTN Group Ltd.’s biggest shareholder is pushing for changes at Africa’s largest mobile-phone company to avoid the regulatory, legal and political disputes that have cut its share price by more than half over the past four years.

The Public Investment Corp. built a 26% stake in Johannesburg-based MTN by late November and used that to call for the replacement of Chairman Phuthuma Nhleko, people familiar with the matter said. Africa’s biggest fund manager, which is South African state owned, also sent a letter to MTN demanding a board reorganization, said one of the people. That resulted in the appointment of more politically connected directors.
relates to MTN Top Investor Forced Boardroom Shakeup to Curb Disputes

Last month, the carrier obliged, announcing Nhleko’s planned departure and replacement, along with other director changes and a new separate group of prominent advisers. The PIC didn’t respond to a request for comment. Nhleko declined to comment.

Interactions with the PIC have been at the board level, MTN Chief Executive Officer Rob Shuter said in an interview last week in London, where he was giving presentations to investors.

“An important thing for them was on our board evolution,” he said when asked about the company’s relationship and discussions with the PIC, without commenting on the specific changes on the board. MTN’s media office didn’t comment further.

The PIC was moved to act following a series of disputes in Nigeria, Iran and elsewhere, the people said, asking not to be identified as the concerns weren’t disclosed publicly. The biggest of those was a $5.2 billion fine in Nigeria in October 2015, which was eventually settled for less than $1 billion after about eight months of negotiations.
Wise Men

The PIC, which manages the pension funds of South African government workers, wants the new chairman, former South African Deputy Finance Minister Mcebisi Jonas, and the board to resolve outstanding issues such as a $2 billion tax dispute in Nigeria, the people said. MTN’s separate advisory board is a council of “wise old men,” who can directly contact lawmakers and decision makers in the countries where MTN operates, one of the people said.

The current board doesn’t have a Nigerian director even though that country is MTN’s biggest market by subscribers. From July, it will include Lamido Sanusi, a former Nigerian central bank governor who is now Emir of Kano, the second-most influential Islamic position in the west African country.

Jonas is set to take over as chairman in December, MTN said on May 3. Vincent Rague, a Kenyan International Finance Corp. veteran, is also joining.
Former President

The advisory board will be chaired by Thabo Mbeki, a former South African president who has mediated in a number of political disputes across the continent, and will include a former Ghanaian president, John Kufuor, and Mohamed Elbaradei, the one-time head of the International Atomic Energy Agency.

Nhleko, who is credited with playing a large part in building the company into a continent-wide giant with 221 million customers, will also sit on the advisory board.

A catalog of disputes in MTN’s markets, which include nations at war in the Middle East and Africa, have depressed the share price and allowed Johannesburg-based rival Vodacom Group Ltd. to surpass MTN in terms of market capitalization. Since MTN disclosed that the PIC had a 26% stake on Nov. 29 the share price has gained 18% compared with a 6% decline for Vodacom. MTN’s stock fell 1.7% to 102.99 rand as of 2:26 p.m. local time.
Disputes include:

Oct. 2015: MTN fined $5.2 billion by a Nigerian regulator for not disconnecting 5.1 million subscribers that didn’t have proper documentation. While the penalty was eventually reduced to less than $1 billion it cost then-CEO Sifiso Dabengwa his job. The PIC, which held 13% of the company at the time, said the board should have taken more responsibility.
Aug. 2018: Nigeria orders MTN and four banks to refund $8 billion in dividends that it said were illegally expatriated in the eight years through 2015. The company ended up agreeing to pay $52.6 million four months later.
Sept. 2018: Nigeria’s attorney general orders MTN to pay $2 billion in taxes it says are owed. The dispute is ongoing.
Feb. 2019: South African police arrest a former ambassador to Iran on corruption charges related to the award of a mobile-phone license to MTN after it was initially given to Turkcell Iletisim Hizmetleri AS. Turkcell has been taking legal action against MTN for several years.
Feb. 2019: The head of MTN’s business in Uganda is deported over what the government there calls a “national security matter.” Three other executives were also deported. The CEO was cleared to return last week.

The PIC “need us to manage portfolio risk,” MTN Chief Financial Officer Ralph Mupita said in the London interview in response to the same question. “As a company we operate in markets such as the Middle East and others, so how do we manage the risk that come with sanctioned markets and other issues.”

— With assistance by Rebecca Penty

India’s Bharti Airtel wants to get out of towers, committed to...