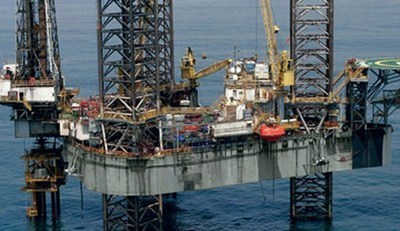 The federal government has taken some steps to boost revenue receipts in the face of the state of the nation’s fragile economy.
One of the steps is a directive by President Muhammadu Buhari for the immediate commencement of the restructuring of the Joint Venture (JV) oil assets to reduce the government’s shareholding to 40 per cent within the 2019 fiscal year.

The Nigerian National Petroleum Corporation (NNPC), which manages the nation’s oil sector, owns a 55 per cent interest in its joint venture with Royal Dutch Shell and 60 per cent stakes in others.
Other oil majors, including Chevron and ExxonMobil, also operate joint ventures with the NNPC.

Minister of Budget and National Planning, Senator Udo Udoma, unveiled yesterday in Abuja, the details of efforts to boost the nation’s revenue while giving a breakdown of the 2019 budget.
He said the president had also directed the Ministry of Finance to liaise with relevant authorities to liquidate all recovered ‘unencumbered’ assets.

Apart from huge recoveries in local and foreign currencies, the Buhari administration has made several non-cash recoveries, including farmlands, plots of land, completed and uncompleted buildings, vehicles and maritime vessels, among others since May 29, 2015.

While some of the ‘recovered’ assets are already subjects of litigation in the law courts, Buhari, however, has directed the finance ministry and other relevant authorities to take immediate action to liquidate the ones that are not in dispute.
Udoma said these steps were necessary to bolster government revenue, which has continued to be a drag on budget performance yearly.

He said consequent upon the presidential directive on oil assets; the Department of Petroleum Resources (DPR) is currently concluding efforts on the collection of due oil licence and royalty charges.

The minister stated that anticipated funds from the JV assets had already been pencilled down to fund critical capital projects in the budget.
According to him, given improved oil prices and production level, the NNPC is to commence immediately the recovery of all outstanding obligations, including those due from one of its subsidiaries, the Nigerian Petroleum Development Company (NPDC), which it agreed to pay since 2017.

Udoma said apart from the restructuring of JV oil assets and the liquidation of all unencumbered recovered assets, the current administration has in place other initiatives to improve revenue generation.
According to him, these are through sustained efforts to improve public financial management via the comprehensive implementation of the Treasury Single Account (TSA), Government Integrated Financial Management Information System (GIFMIS) and the Integrated Payroll and Personnel Information System (IPPIS).

The minister said following the increase in the size of the 2019 budget to N8.92 trillion from N8.83 trillion by the National Assembly, the federal government might raise the level of borrowing within the fiscal period to fully fund the budget.
The minister said the N90.33 billion increase in the Appropriation Act also translated to an overall increase of N58.83 billion in budget deficit.

According to him, the National Assembly “inexplicably” cut the proposed borrowing from N1.649 trillion to N1.605 trillion, thereby creating an overall unfunded deficit of N100. 83 billion.
He lamented that although executive revenue assumptions were generally approved, and adopted by the lawmakers, there were still “unexplained” increases totalling N31.5 billion on some non-oil revenue lines.
He also said allocations for some executive projects based on critical appraisal and linked to the ERGP were cut while many new projects, mainly constituency type, were introduced by the parliament.

However, he said the 2019 budget would continue the reflationary and consolidation policies of the 2017 and 2018 budgets, which helped return the economy on the path of growth.
He said allocations to ministries, departments and agencies of government (MDAs) were guided by the three core objectives of the Economic Recovery and Growth Plan (ERGP), including restoring and sustaining growth; investing in people and building a globally competitive economy.

The minister added that the budget had been prepared on the zero based budget (ZBB) principles, noting that projects are linked to government policies and overarching strategic priorities.
However, he said key assumptions and macroeconomic framework of the 2019 budget were predicated on oil production of 2.3 million barrels per day (mbpd), oil benchmark of $60 per barrel and exchange rate of N305 to the US dollar.
According to him, oil prices are projected to average at least $66 during the year.

He said Buhari had also ordered the NNPC to explore all possible measures to achieve the targeted volume in oil production.
Other key assumptions of the budget included GDP growth rate of 3.01 per cent, inflation rate of 9.98 per cent and nominal consumption of N119.28 trillion as well as nominal GDP of N139.65 trillion.
According to Udoma, the breakdown of the budget includes a statutory transfer of N502 billion, oil revenue projection of N3.69 trillion, non-oil revenue of N3.31 trillion, MDAs capital expenditure of N2.09 trillion and recurrent expenditure of N4.07 trillion.

The sums of N2.14 trillion and N110 billion were earmarked for debt service, which is 31 per cent of projected revenue and sinking fund respectively.
For the revenue projections, oil revenue is expected to account for 52.7 per cent of total revenue while company income tax (CIT) represented 11.6 per cent as well as the joint venture equity restructuring which accounted for 10.1 per cent.
Also, the Nigeria Customs Service is expected to contribute 4.4 per cent to the revenue stream while receipts from value added tax (VAT) will account for 3.3 per cent.

Grants and donor funding represented 3.0 per cent while fund recoveries accounted for 2.9 per cent of projected revenue for 2019, including 1.2 per cent from signature bonus, 9.0 per cent from independent revenue and 1.8 per cent from other activities.
The minister put the projected spending in 2019 at N8.92 trillion, which is N90.3 billion more than the initial proposal.
The overall budget deficit of N1.918 trillion, representing 1.37 per cent of GDP will be financed mainly by borrowing N1.605 trillion split equally between domestic and foreign borrowings.

In addition, some of the projects in the 2019 budget include education where a total of N4.64 billion was earmarked for the provision of security infrastructure in 104 colleges as well as payment of 5,000 federal teachers’ scheme allowance.
The sum of N38 billion was budgeted for SDGs intervention programmes/conditional grants as well as N11.3 billion for other SDG projects.

In the health sector, the sum of N300 billion was earmarked for the establishment of chemotherapy centers in higher institutions of learning including UBTH, UITH, ABUTH, UMTH, OAUTH, UNTH, UPTH, FMC Owerri and FMC Abeokuta.
Also, N51.22 billion was provisioned for the implementation of the National Health Act; N21.25 billion for Global Alliance for Vaccine and immunisation (GAVI) /Immunisation; N7.63 billion for procurement of routine immunization (RI) vaccines and devices as well as N3.50 billion for counterpart funding including global fund/health.

Others are N1.26 billion for the procurement of non-polio supplementary immunization activity (SIA) vaccine and N523 million for procurement of kits and commodities for community health influencers.
In the Federal Ministry of Industry, Trade and Investment, the sum of N38.25 billion was earmarked for ongoing and planned Special Economic Zones projects across the geopolitical zones to drive manufacturing and exports, among other interventions in the sector.

Also, N258.41 billion was earmarked for the construction and rehabilitation of roads in every geo-political zone of the country.
Some of the projects in agriculture include N15.66 billion for the promotion and development of the value chain across more than 30 different commodities.

Meanwhile, N500 billion was also set aside for the federal government Special Intervention Programmes, including social housing, government economic empowerment programme, N-Power job creation programme and the conditional cash transfer, among others.
The sum of N10 billion was also earmarked as take-off grant for the North East Development Commission; N65 billion for reintegration of transformed ex-militants under the Presidential Amnesty Programme as well as N45 billion for federal initiative for North-east (Pilot counterpart contribution).

Udoma, however, stressed that Nigeria faced significant challenges with respect to revenue generation, adding that the issue was being addressed vigorously by government.

He said government would continue to create enabling environment for private sector to increase their investment and contribute significantly to job creation and economic growth.
He added that the 2019 budget of “continuity” should further reposition the economy on the path of higher, inclusive, diversified and sustainable growth and contribute to lifting significant numbers of Nigerians out of poverty.